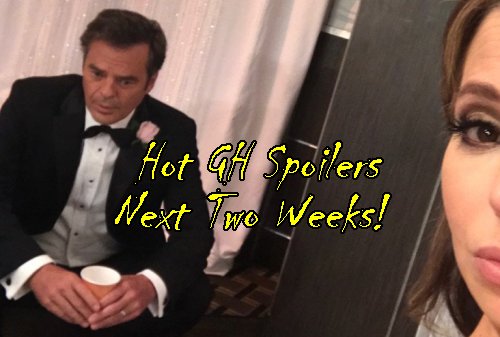 General Hospital (GH) spoilers for the next two weeks from Monday, July 3 through Friday, July 14 reveal that there’s a Quartermaine wedding, a new couple launches, another splits, and a health crisis worsens tragically. Jordan Ashford (Vinessa Antoine) is appalled when Aunt Stella (Vernee Watson) collapses and it looks like Jordan is to blame.

General Hospital advance spoilers say the stress breaks up Jordan and Curtis Ashford (Donnell Turner) but they warm up again soon. Jordan’s ex Andre Maddox (Anthony Montgomery) is moving on and takes comfort with Anna Devane (Finola Hughes). Anna and Andre heat up since their tension has been simmering for a while. Anna comes clean to Jordan about them dating.

Nina Clay (Michelle Stafford) is secretly thrilled when Valentin Cassadine (James Patrick Stuart) finds a way to get in contact with her. Nina has had Valentin on the brain constantly and it looks like he’ll be back in her life very soon. General Hospital spoilers warn that Liesl Obrecht (Kathleen Gati) continues to target Hamilton Finn (Michael Easton) and once she’s thwarted, makes a big play for revenge the week of July 10. 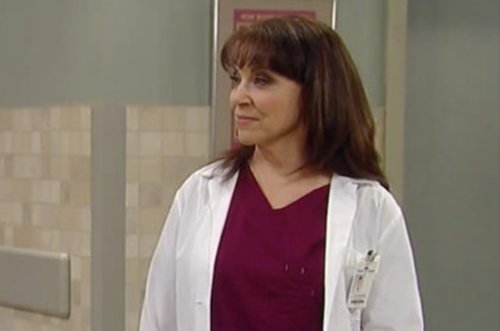 Olivia Falconeri (Lisa LoCicero) has a bad experience at her bachelor party and her wedding with Ned Ashton (Wally Kurth) hits some bumps in the road. Ned needs help from the grooms in the wedding party to salvage things. As the wedding continues on Monday, July 10, Dante Falconeri (Dominic Zamprogna) has a bonding moment with Charlotte Cassadine (Scarlett Fernandez) at the wedding.

Dante and Charlotte do a father-daughter dance and things seem great between them. On the new GH episode July 11, Dante and Lulu Spencer (Emme Rylan) are stunned. Is it Valentin crashing the wedding to see his daughter? Sam Morgan (Kelly Monaco) sees her health deteriorate and lies to Jason Morgan (Billy Miller) about her diagnosis from her new doctor (James DePaiva).

General Hospital spoilers reveal that Sam threatens Sonny Corinthos (Maurice Benard) who is intent on getting out of the mob. He talks to Jason about his plans and then considers a new business venture on Friday, July 12. That same day, Sam flips out on Julian Jerome (William deVry). It seems Sonny isn’t the only target of her growing rage. Josslyn Jacks (Eden McCoy) acts out worse than ever. 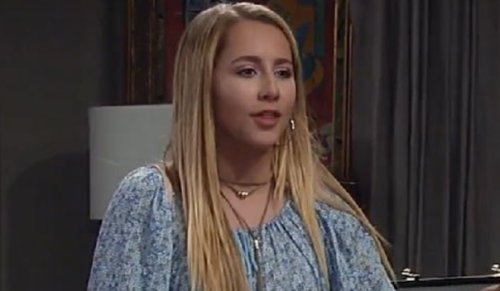 Joss is caught when Carly Corinthos (Laura Wright) sees through her lies on Wednesday, July 10. Bobbie Spencer (Jacklyn Zeman) offers Carly some parenting advice on Friday, July 12, the same day that Joss takes a turn for the worse with her antics. Carly also has a coming confrontation with Nelle Hayes Benson (Chloe Lanier) over Michael Quartermaine (Chad Duell).

General Hospital spoilers reveal that Nelle gets a makeover on the July 10 new GH episode, but lip gloss and a new dress won’t be enough to shield her from Carly’s wrath. No doubt Nelle’s new look comes compliments of her new job at Crimson because Nina can’t have someone frumpy at the front desk of her fashion magazine. By Thursday, July 11, Nathan West (Ryan Paevey) is devastated.

Nathan has issues with Maxie Jones (Kirsten Storms) since she’s still gone and also with his mother because things are about to get bad with her because of her plot against Finn. Nathan also has Amy Driscoll (Risa Dorken) in his life now to juggle so his plate is full. GH is busy the two weeks of Monday, July 3 thru Friday, July 14. Share your comments and come back to CDL for more General Hospital spoilers.