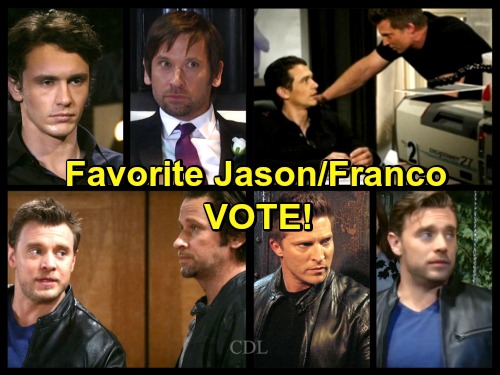 General Hospital spoilers look at the success of major character recasts – in this article we explore Jason and Franco and explore the relative merits of Steve Burton and James Franco versus Billy Miller and Roger Howarth.

Recasts can be the bane of soaps. Sometimes they work out, as in the case of Laura Wright as Carly. Other times… not so much. We need an opinion on how the Jason Morgan and Franco recasts have worked for you. 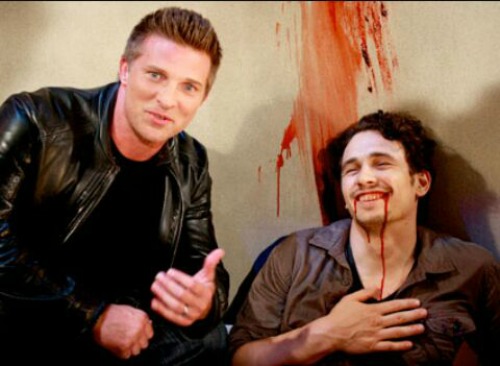 Steve Burton played Jason Morgan for 21 years. When it was announced he was leaving in 2013, many thought it was the end of GH. How could the show survive without Jason, or specifically, Steve Burton as Jason? How could anyone replace him?

As Burton played him, Jason was tough, quiet, and emotionless initially. He had suffered a brain injury and could not remember anyone, so he changed his name from Jason Quartermaine to Jason Morgan. He went to work as an enforcer for mobster Sonny Corinthos [Maurice Benard].

Burton as Jason had so few lines that actor Rick Hearst, who played Ric Lansing, would ask if he wanted to run lines and then say, “Oh, that’s right, you don’t have any lines.” Yet his Jason was a strong presence with a wry sense of humor and sex appeal. He was not only loyal, but compassionate.

Damien Spinelli [Bradford Anderson] named him “Stone Cold,” and it fit. As the character grew stronger in his persona of “Jason Morgan,” he mellowed and formed friendships with not only Sonny, but Carly [Laura Wright], Elizabeth [Rebecca Herbst], and Courtney Matthews [Alicia Leigh Willis], finding true love with Sam [Kelly Monaco]. 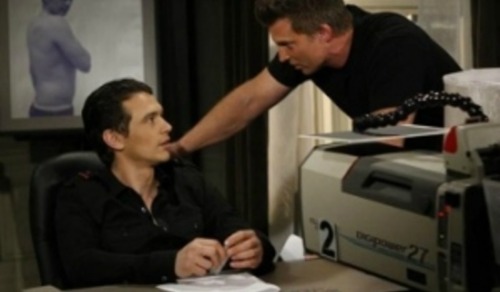 To bring in Billy Miller as Jason in 2014, General Hospital relied on the old saw of the character given complete plastic surgery and returning to town with amnesia. Miller for a time played “Jake,” a man of mystery which was countered by a sweet, easygoing nature. Once revealed as Jason, he returned to his work for Sonny and found his way back to Sam after a dalliance with Elizabeth.

These two actors are both attractive. Miller brings a warmth and a sweetness to the character and, like Burton, he underplays. He has a good chemistry with Sam, and the actor came to GH with a strong fan base from playing Billy on ‘The Young and the Restless.’

However, Miller is not the Jason we once knew. For one thing, he’s too relaxed. He is not as dispassionate as Jason 1, who just took the work for what it was. He doesn’t seem to click with Sonny. More importantly, what we saw in Burton that we don’t see in Miller’s portrayal is the pain underneath Jason, the feeling of being an outsider.

General Hospital spoilers claims buzz is spreading that Jason may be an imposter Jason sent in by Helena [Constance Towers], and that Steve Burton, who has finished his contract as Dylan on ‘Young and the Restless,’ may be returning as the REAL Jason. How do fans feel about that possibility? 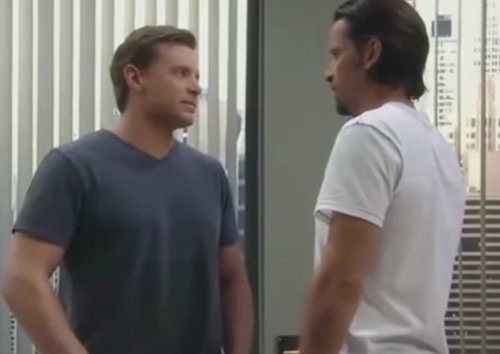 The role of Franco, the psychopathic artist, was created in 2011 for actor James Franco. Franco was evil and obsessed with Jason, who ultimately killed him in 2012. As the film actor states, “Jason is a master assassin who’s murdered a lot of people and gotten away with it, which is very attractive to Franco. He likes that danger…There’s an underlying sexiness to that.” Their scenes together were very strong and edgy.

In 2013, Roger Howarth took over as Franco, no longer a dark, disturbing character. His past evil was explained away by a brain tumor, which was removed. Also many of his demonic actions, according to him, were misinterpreted. For instance, when Michael [Chad Duell] went to prison, he had instructed the prisoner Carter to protect Michael. Instead, Carter raped him, which was not part of Franco’s plan.

Though no one really trusted him, he did work as an art therapist at General Hospital for a time. As far as his art talent, he seems to be no longer famous.

Then Heather [Robin Mattson] revealed that Susan Moore, Jason’s mother, had twins, and that Franco was sold to a nurse at the hospital, Betsy Franco. That turned out to be false — and why not, it came from Heather’s lips. In reality he was Heather’s baby with Scott Baldwin. Franco, who became known as Franco Quartermaine, is now Franco Baldwin. 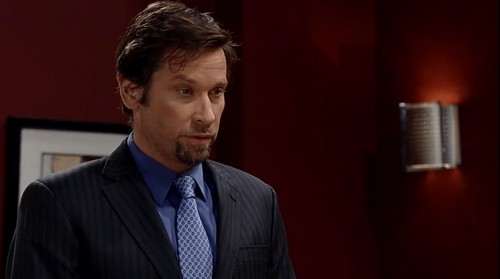 James Franco
James Franco brought the diviseness, darkness, and inherent evil to the character of Franco, and an electric connection with Steve Burton as Jason. He was downright scary but, as a famous artist, magnetic at the same time.

Roger Howarth is a delightful actor who brings deadpan delivery and humor to the role of Franco. Though one may not always trust him, there is something winning about him, like an oversized kid.

Changing the character destroyed some of ‘General Hospital’s’ important history and ruined the character created by James Franco. As Jason’s twin, there was a reason why Franco was so obsessed with him. They were brothers…both killers, both with inner demons. When Franco raped Sam (or so we thought), and Sam became pregnant, the DNA test brings confusion because the men were twins and shared some DNA. As Franco dies, he tells Jason, “You will never know…” The baby is later confirmed to be Jason’s, too late for him to learn the results.

Roger Howarth originally joined GH as editor Todd Manning from ‘One Life to Live.’ To have given him the role of Franco instead of creating another part for him remains a huge disappointment and one of writer Ron Carlivati’s biggest mistakes. Though we love Howarth, he’s really not Franco. Do you agree?

Below we present a poll for GH fans voting pleasure. Which Jason/Franco pairing do you prefer – Steve Burton/James Franco or Billy Miller/Roger Howarth? Come back to CDL for all your best General Hospital spoilers, news and updates!