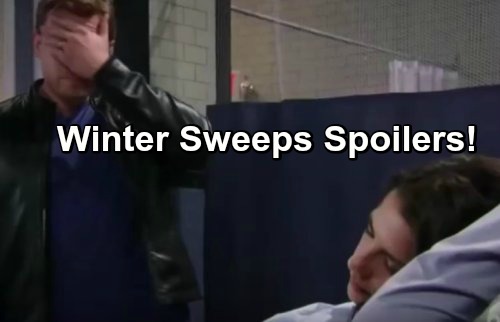 General Hospital (GH) spoilers for winter sweeps reveal that the JaSam baby arrives under strange and scary circumstances. This near-tragedy leads to a surprising new power alliance in Port Charles to take on the new enemy in town that threatens everyone.

Sam Morgan (Kelly Monaco) just had another minor pregnancy scare that sent her and Jason Morgan (Billy Miller) running to GH to get her checked out. Sam got a clean bill of health, but she will continue to push her limits despite being late into her pregnancy.

Winston Rudge (David Lee) has ordered a hit on Jason – that’s straight from mob boss Olivia Jerome (Tonja Walker). Julian Jerome (William deVry) realizes that no one he loves is safe from this threat – including Jason, Sam and her baby bump. 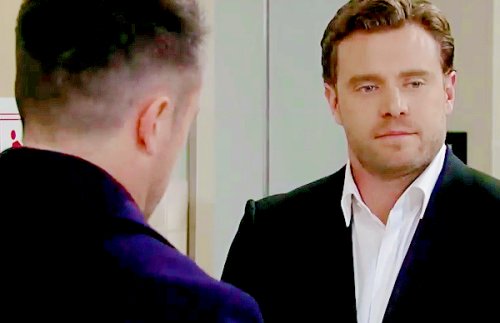 Julian will go confront the mob boss and is stunned to see it’s his back from the dead sister that he thought he killed decades ago. That scares Julian even more since he knows the massive grudge she’s holding against him. Julian tried to warn JaSam off, but they don’t stop.

Sam and Jason continue to investigate the bombing to try and clear Sonny Corinthos (Maurice Benard) in the death of Morgan Corinthos (Bryan Craig). But we also know that Rudge took out a hit on Jason and that puts him in the crosshairs and Sam is right there with him.

GH spoilers for winter sweeps indicate that Sam is investigating the mob boss when she’s caught at the wrong place at the wrong time. The hit man makes a move on Jason and Sam winds up taken by mob henchman as she’s sending a message to her husband. 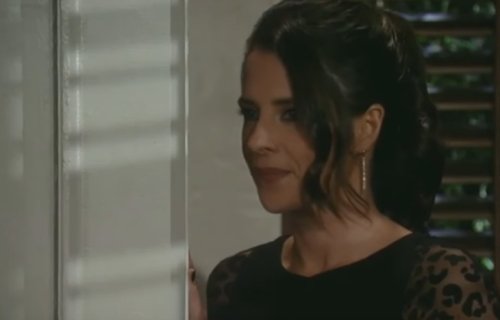 Jason realizes his pregnant wife has gone missing and goes ballistic after the botched hit. Jason thinks he put Sam in harm’s way and evidence he finds at the scene of her kidnapping has him thinking the worst. Sam isn’t dead, but she is hurt and things turn dire.

Julian gets involved in the search for Sam and reassures Jason that Sam is alive. If Olivia J kills Sam, then Julian has no motive to cooperate and do her bidding, so her dad is frightened for her, but is confident that his awful older sister is keeping her niece alive.

Jason and Julian stop at nothing to find her and Jason puts his life on the line to save his pregnant wife. Jason gets Sam back, but at what cost? Sam goes into labor earlier than she should and little Scout is born. The baby will be fine but Sam is not. 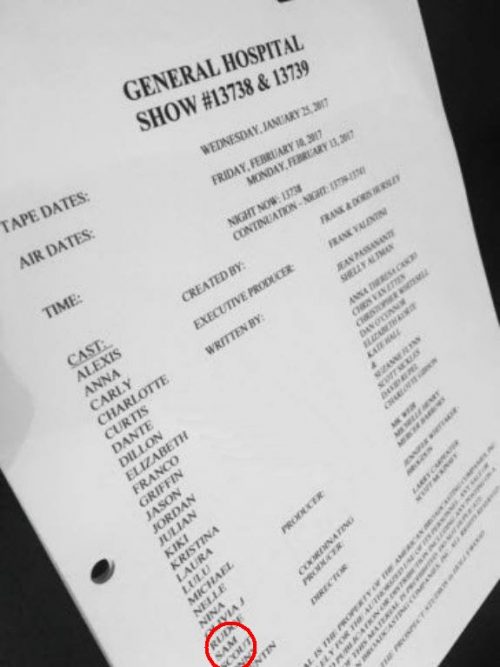 And yes, the baby will be named Scout likely since the GH writers love classic literature and that’s the main character’s name from To Kill a Mockingbird.

Because of the injuries suffered in her kidnapping and labor complications, Sam’s life is in the line. Jason devotes himself to seeing her come back to him and will break down at her bedside at GH. Carly Corinthos (Laura Wright) and Sonny support Jason in his hour of need.

Jason will have the joy of meeting little Scout but also the heartbreak that he might lose Sam just as they’re finally getting the happy ending they’ve wanted for so long. Jason doesn’t want to gain a daughter only to lose his wife, but it will all work out. 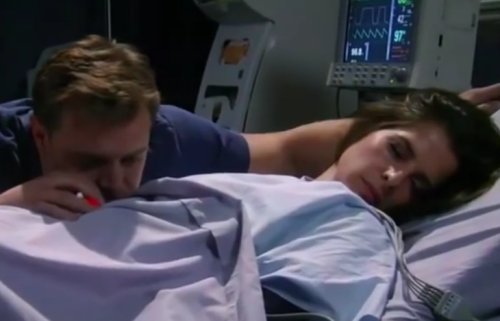 Sam’s kidnapping and medical crisis have the power to do the impossible. GH spoilers tease that Olivia J’s return to Port Charles and Sam’s life or death crisis will unite Julian and Sonny to fight together against a common enemy.

Share your comments below on these GH spoilers for winter sweeps and tune into CDL often for the latest General Hospitals spoilers and news.