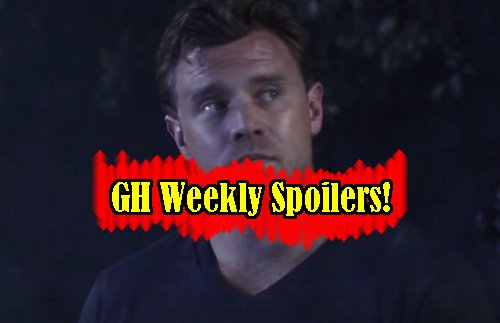 Jason Morgan (Billy Miller) has photos of Julian Jerome (William deVry) talking to a blond woman and recordings of him accusing “his sister” of the bombing. That’s enough to haul Ava into the PCPD and she’s horrified. Scotty Baldwin (Kin Shriner) stands by Ava through her ordeal and holds her hand.

Julian tries to reach an agreement with Olivia “Liv” Jerome (Tonja Walker) to try and protect his family but is left feeling powerless. Liv will have her revenge and won’t let anything stop her. She continues to outthink Julian who begins to worry the cops might be on to his dirty secrets. 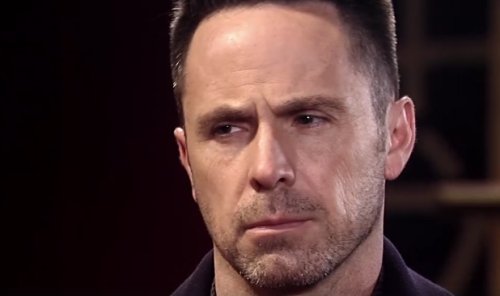 Valentin isn’t happy that Lulu tramautized their daughter once again with her thoughtless actions. Nathan West (Ryan Paevey) finds himself stuck between Maxie Jones (Kirsten Storms) and Nina Cassadine (Michelle Stafford). Maxie is devastated she was fired from her dream job.

But maybe Nina is right to be furious that Maxie betrayed her trust and called Lulu over to see Charlotte without his permission. Can Nathan broker peace between his wife and sister? This is not a position the newlywed wants to be in. Will Nina relent and let Maxie come back to Crimson? 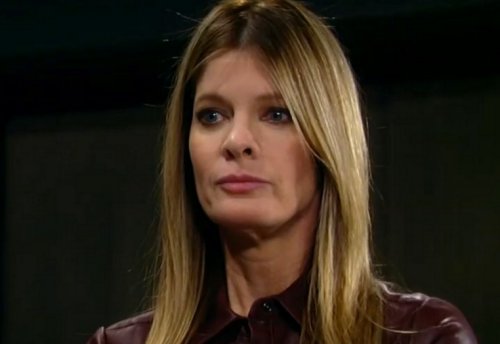 There is lots of trouble coming to the hospital soon for both staff and patients. Anna Devane (Finola Hughes) is unwell and needs help. Anna seeks medical treatment and then her symptoms get even worse. Anna wants answers and someone is watching her. Is it Liv stalking her nemesis Anna?

Liz Webber (Rebecca Herbst) is ready to lead the GH nurses in a fight against Hayden Barnes (Rebecca Budig) and her budget cuts. Franco (Roger Howarth) has a rough week when he senses his dark side emerging and is caught off guard. Liz needs help from Sam Morgan (Kelly Monaco).

Griffin Munro (Matt Cohen) sees Hamilton Finn (Michael Easton) acting strangely. Finn’s behavior grows more erratic as his drug addiction spirals out of control and he’s desperate for his next fix. Griffin is suspicious and Hayden may wind up with more problems because of her BF’s addiction. 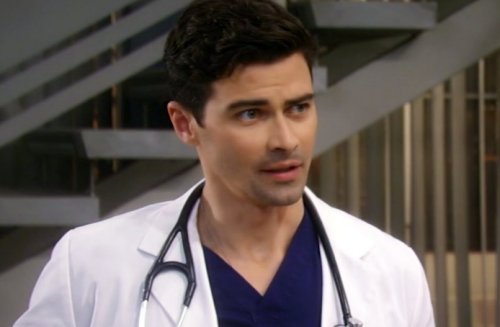 Dillon Quartermaine (Robert Watkins) surprises Kiki Jerome (Hayley Erin) and the two have a sweet moment. Ned Ashton (Wally Kurth) stands up for Olivia Falconeri (Lisa LoCicero) and he considers making some changes to his life.

Nelle Hayes (Chloe Lanier) is called onto the carpet by Sonny Corinthos (Maurice Benard) who has enough of her scheming. He knows she’s just playing innocent. How will Nelle respond to Sonny’s confrontation and his threats? Things are tougher now that he’s off house arrest.

Nelle pushes her luck too far and Felicia Scorpio (Kristina Wagner) continues to investigate and is close to uncovering Nelle’s secrets. Michael Quartermaine (Chad Duell) must make some tough decisions this week and wants to get closer to Nelle but she wants to focus on revenge. 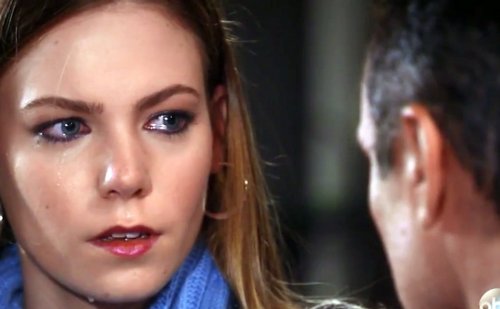 Share your comments below on all the action coming the week of Monday, February 13 thru Friday, February 17 and tune into CDL often for the latest General Hospital spoilers, news, and updates.

A grudge you say? Liv has many! The story continues on #GH @Tonjawalker pic.twitter.com/JWYUqtPogE

Leave your number so @NancyLeeGrahn can call you to make sure you’re watching today’s all new #GH! Ok teasing about the ph# ask but tune in! pic.twitter.com/befFy9iDjt