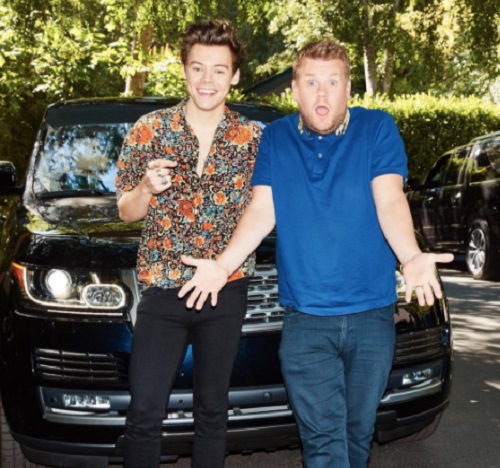 Harry Styles appeared on “The Late Show with James Corden” to promote his solo album. While Harry has largely avoided talking about his personal life, he couldn’t help but make a subtle dig at his former flame, Kendall Jenner.

It happened when actor and fellow guest Aaron-Taylor Johnson was being interviewed. Aaron revealed that he and his wife have a small farm and they have a coop of chickens, which they have named after all of the Kardashians. Harry first looked uncomfortable when his ex and her family were being discussed, but kept his cool by taking sips from his mug.

That all changed when Aaron then made a sexual reference about the reality-show family, resulting in a hilarious facial expression by Harry. With raised eyebrows, Harry blew out a huge breath of exasperation then took a long exaggerated sip of his mug. Of course James tried to put Harry on the spot by asking him to elaborate on his ex and her sex life, but Harry just turned around with his back to the audience, who roared with laughter. 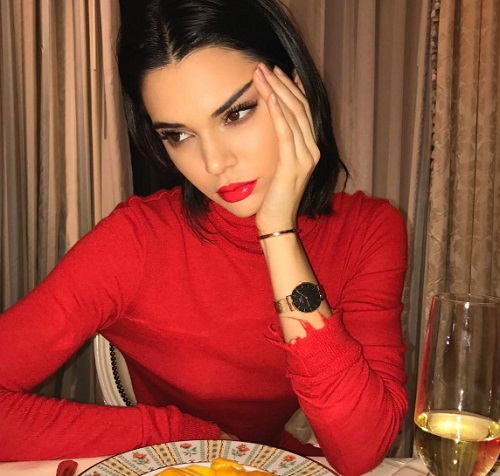 While the talk show audience may have found Harry’s shade hilarious, we can imagine that Kendall and her mother, Kris won’t be too happy about the diss. After all, it is rumored that Kris is upset that Harry and Kendall’s relationship didn’t work out.

Although Kendall is now in a confirmed relationship with rapper ASAP Rocky, his fame and money just can’t compare with the popularity and success of Harry. Before going solo, Harry was a member of the extremely famous boy band, One Direction and is worth an estimated $50 million.

Harry and Kendall were first rumored to be dating in 2013, when pictures emerged of them going to dinner and the couple even took a ski vacation together. Since then they have enjoyed an on again, off again relationship for the past few years.

The last time they were pictured getting cozy was on New Years 2015 when pictures were released of the pair kissing on a yacht with their respective families. While the Kardashian camp was quick to call Harry ‘the one’ for Kendall and insist they would continue to see each other and Kendall’s sister, Khloe confirmed a relationship while doing a guest appearance on “Ellen”, the two just fizzled out and haven’t been spotted together since. 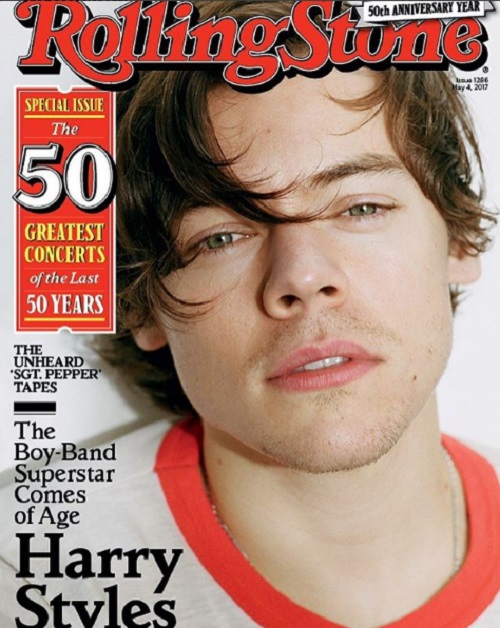 Considering the fact that Harry has moved on to model and food blogger, Tess Ward, and Kendall is happy with ASAP Rocky, it appears that for now at least, the former couple is done for good.  What do you think?  Share your thoughts in the comments below and check back with CDL for more Harry Styles news and updates right here.

And on the first night of #LateLateStyles, @harrystyles melted everyone’s faces with a searing rendition of “Sign of the Times.” Link in bio!