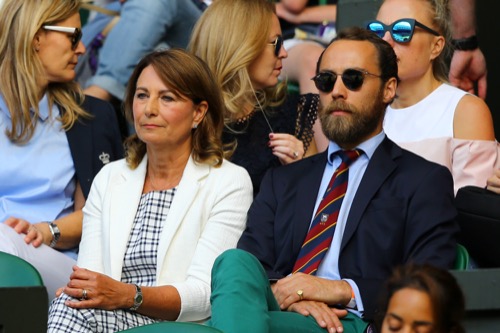 James Middleton has quietly broken up with his long-time girlfriend, British television personality Donna Air. The last time the couple was spotted together was during Pippa Middleton’s wedding back in May.

James and Donna have been together for four years, yet they’ve never made any plans to take the next step in their relationship of get married for that matter. And after struggling to make things work for the past year, they’ve decided to go their separate ways, leaving James now more devastated than ever before.

Things just seem to be going from bad to worse for James Middleton. While both his sisters Kate Middleton and Pippa Middleton have made headlines for their glamorous and royal lifestyles, James is the one member of the Middleton family that can’t catch a break. His marshmallow printing business turned out to be a financial disaster. Recent reports indicated that he’s been trying to launch a new business idea: printing faces on wrapping paper. Unfortunately, the idea has been widely mocked as ridiculous. It’s no wonder that Kate usually keeps her distance from her brother, as every business plan he comes up with tend to embarrass her and the rest of their family. 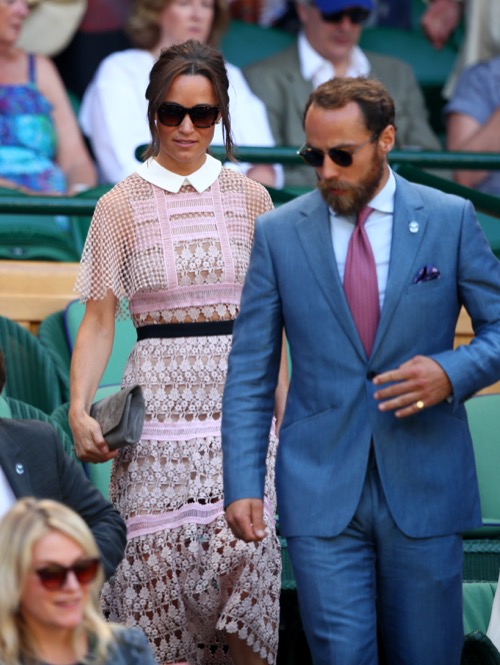 To make matters worse, James’s mother Carole Middleton is awfully worried about her son as well. She successfully managed to marry off her two daughters to rich, prominent men. One also just happens to be the future King of England. But with James Middleton, it’s an entirely different story. He’s never really been considered an A-list name in London’s elite social circles. He’s also not as terribly wealthy as Pippa’s husband James Matthews and he doesn’t have the same reach or influence as Kate’s husband, Prince William.

What’s more, he’s been struggling in the shadow of his sisters and their media success. Sure, he and Donna have been on-again, off-again for several years, but they don’t make the same kind of front page news that Kate and Pippa do with their partners. In other words, no one really cares about James. Everyone around him has largely ignored him.

So far James Middleton himself has not made any comments about his break up with Donna Air. Yet royal observers know that the truth will come out one way or another. In the meantime, don’t forget to check back with CDL for all the latest news and updates on James Middleton and the entire royal family right here.