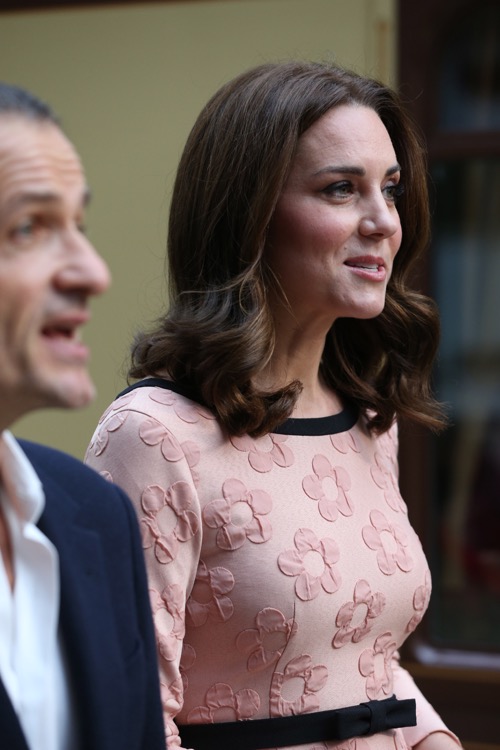 Pregnant Kate Middleton has to hide her misery as she is being forced back to work despite her battle with extreme hyperemesis gravidarum. The pregnant Duchess of Cambridge has been sick with morning sickness for several weeks now.

Kate Middleton shocked fans when she appeared at Paddington Station alongside Prince William and Prince Harry for a special party with Paddington bear at the storybook character’s train station. The Duchess was forced to put on a smile and play along even though she’s been feeling miserable at home with her pregnancy. This has only been her second public appearance ever since she and William announced that they are expecting their third child back in September. The royal couple is already parents to their two small children, Prince George and Princess Charlotte.

Of course, a lot of royal observers couldn’t help but notice that Kate Middleton didn’t look like she has been suffering from severe morning sickness for several weeks now. As a matter of fact, the Duchess of Cambridge managed to look like she was enjoying herself as a playfully laughed with Paddington Bear in front of her fans with Prince William by her side. At one point she even danced with the bear in front of the crowd at the train station. She also appeared to have had another haircut, as her hair has been getting shorter ever since she debuted her new look at Wimbledon earlier this year. 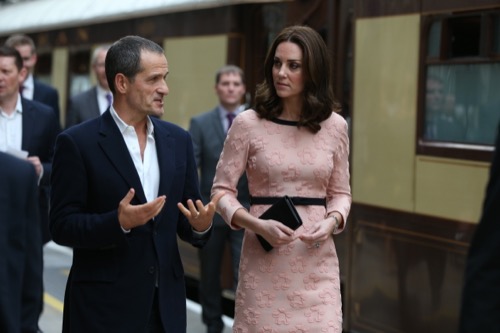 Even if the Duchess is miserable, she won’t let anyone know it. As much as Kate Middleton would like to call off all of her royal engagements and simply stay at home with her two children, Prince George and Princess Charlotte, she knows that she can’t do that. Queen Elizabeth experts the younger generation to do as they are expected and fulfill all of their royal duties and obligations.

Sure, Kate Middleton is pregnant, but it’s not like she hasn’t gone through with this before. The Duchess won’t be able to use her pregnancy and her family as excuses to get out of her royal work forever. Plus, it’s not like many other mothers in Kate’s position have the luxury of taking several weeks off during the first trimester of their pregnancies. Kate Middleton might be the future Queen of England, but she has to put in her hours just like everyone else does.