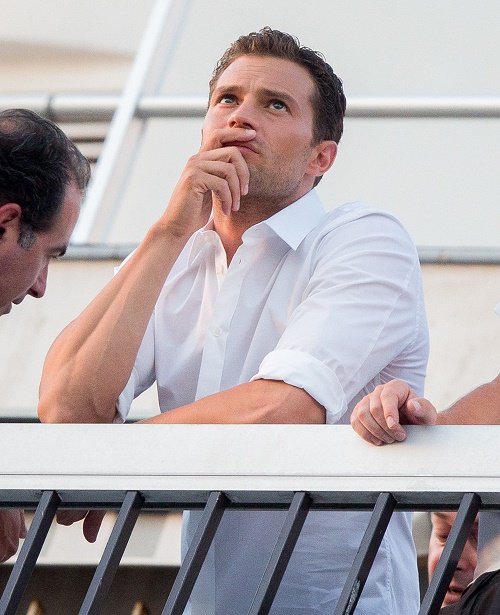 Jamie Dornan is desperately trying to distance himself from his ‘Fifty Shades’ character Christian Grey . The Hollywood actor looked unrecognizable while he was making his way through Los Angeles’ LAX airport this past week.

Jamie was casually dressed with a pair of headphones. He didn’t speak to the paparazzi or explain his new look at all. Yet, some fans can’t help but wonder if Jamie wants people to stop thinking he’s just like his sex-crazed character Christian Grey on the big screen.

For Jamie, that’s not the case at all. In fact, Jamie said earlier this month that he’s nothing like Christian Grey in real life. He doesn’t even approve of his lifestyle. Jamie even told GQ Australia, “It doesn’t float my boat. I’ve always been open-minded and liberal – I’d never judge anyone’s sexual preference. Whatever gets people off is entirely up to them and there’s a million different ways to please yourself, sexually.”

Many of Jamie’s fans know that the ’Fifty Shades’ franchise helped put him on the Hollywood map. After all, he became a household name thanks to his role as Christian Grey. But, Jamie he wants to do bigger and better things. 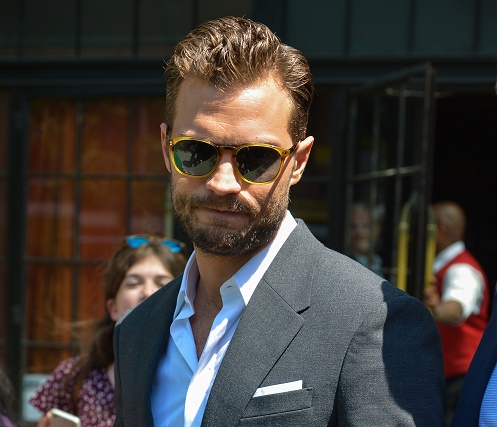 Sure, he starred in several different movies last year like ‘The Siege of Jadotville,’ and ‘Anthropoid,’ but it didn’t help give him the A-list recognition he wants. The two movies were largely ignored by the entertainment industry. As much as Jamie is trying to distance himself from ’Fifty Shades Darker,’ it’s the only film that’s putting him in the headlines.

Many fans won’t be pleased to see Jamie with his new look. Many expect him to look like Christian Grey both on and off screen. Of course, Jamie will have a lot of explaining to do in the next several weeks. Both he and his co-star Dakota Johnson are expected to promote ’Fifty Shades Darker’ in the press before it hits theaters on February 10th. Plus, Jamie will have to help promote ‘Fifty Shades Freed’ when the movie comes out in 2018 as well.

What do you think of Jamie Dornan’s new look? Is he desperately trying to distance himself from the ’Fifty Shades of Grey’ franchise? Or is he simply preparing for a new Hollywood role?

Drop us a line with your thoughts in our comments section below. Also, don’t forget to check back with CDL for all the latest news and updates on Jamie Dornan right here! 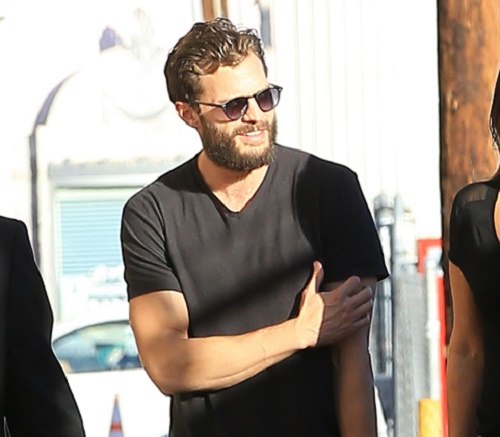