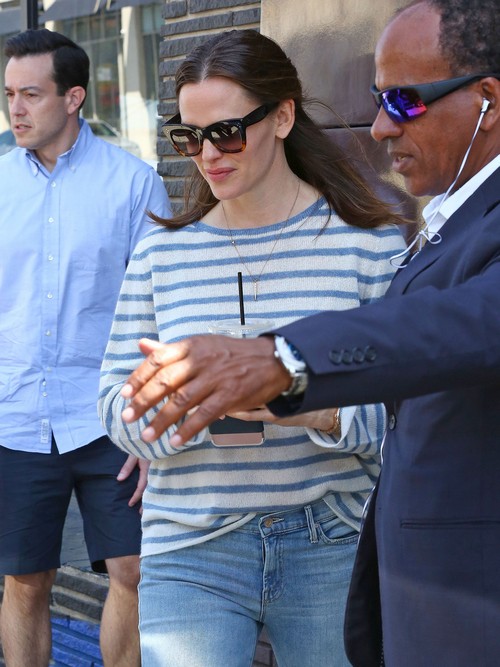 Jennifer Garner may have filed for divorce from Ben Affleck but a new report claims that she’s not over her soon-to-be ex-husband because she’s dating a look-a-like bodyguard that looks exactly like him. The report from the Enquirer alleges that Jennifer’s bodyguard is a ‘spitting image’ of Ben Affleck, and now that she’s dating him, she’s excited to show him off to the world.

The source adds, “Now she can get the ultimate revenge by being seen on the arm of her hot bodyguard, and [they] hang out even when he’s off the clock. Jennifer hasn’t felt this light in years, since her problems with Ben began!” 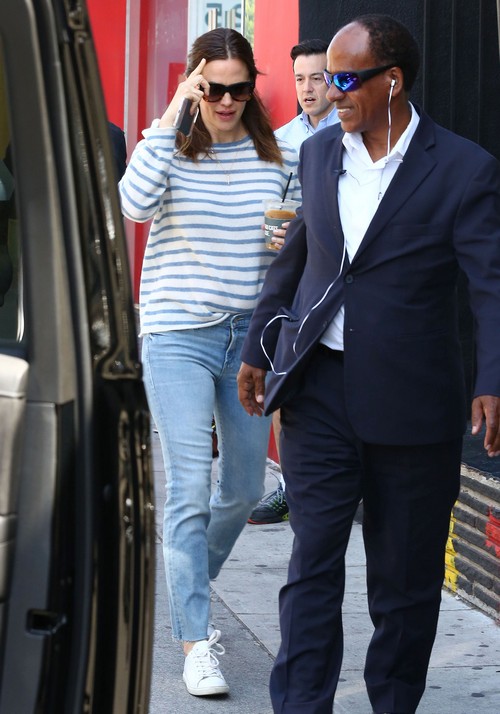 But – would Jennifer Garner ever be this obvious? If she was trying to get revenge on Ben Affleck for putting her through a year and a half of back and forth on their relationship – and promising to clean himself up and never doing it – there are better ways for her to do it. Dating someone who resembles your ex-husband is a surefire way of letting your ex know that you’re not over him, and Jennifer’s always had a better eye for public image than that.

Jennifer Garner doesn’t want to convey the image of being a meek ex-wife who was dumped by her ex-husband and can’t get over him – if anything, she’s doing the exact opposite; she’s made it clear that she holds all the shots in their relationship, and that she was the one who decided when and how to file for divorce. 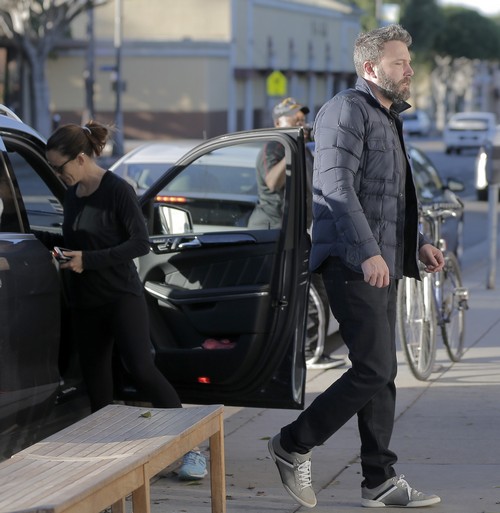 Additionally, Jennifer Garner has also gone out of her way to separate her image from Ben Affleck’s and make sure that it’s clean and wholesome. While Ben Affleck was allegedly having an affair with the nanny, she was seen out and about with their children, and generally being a good mother and good partner. Would she ruin all that hard work by dating her bodyguard – who, no matter how much he resembled Ben Affleck, would still remind people of her ex-husband’s affair with their nanny? What do you guys think? Let us know your thoughts in the comments below.

Actress Jennifer Garner was seen out at ‘Crumbs and Whiskers’ in West Hollywood, California on April 15, 2017. The actress recently officially filed for divorce with her husband of twelve years, Ben Affleck. FameFlynet