Jessica Simpson cheekily wrote that “38 is great” and she’s “hot” for her husband. The photo features Jessica Simpson bending over and showing off her black underwear in a short frilly skirt. Not everyone was happy with Jessica Simpson’s photo. Some deemed it inappropriate because she’s a mom of two. Other fans thought she should’ve said the picture and texted it to his phone.

This isn’t the first time the Simpson family has been the center of controversy over an inappropriate photo. Jessica Simpson’s mother-in-law Tina Simpson celebrated her 56th birthday in Mexico last January. Eric Johnson was photographed with his head in between her legs. The Simpson family sures know how to party. 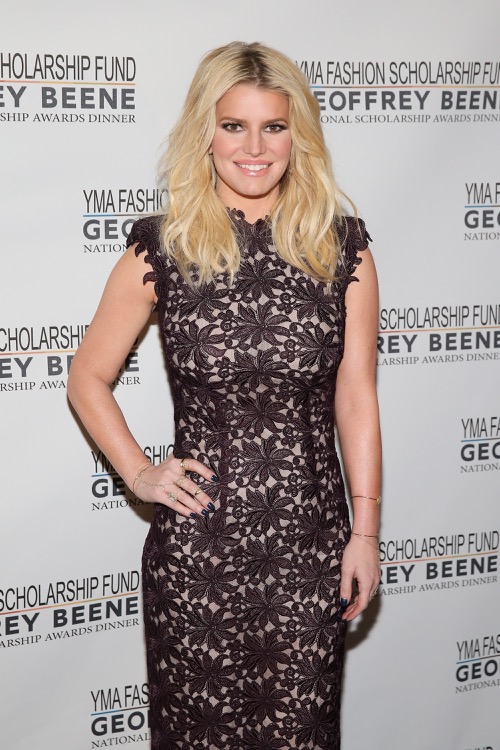 OK! Magazine ran a story about Jessica Simpson and Eric Johnson in April 2016. According to the tabloid, the blonde beauty was betrayed by her husband and the nanny of their two children. Eric Johnson was caught with the nanny. He’s been reportedly spending a lot more time with their young nanny. The tabloid claims the former NFL player has a lot more time on his hands now that he’s not working. He brings their nanny with them everywhere they go.

They go hiking, grocery shopping, and dinner while Jessica Simpson works. An alleged inside source told the magazine that Eric and the nanny spent a lot of time in the bushes during their hike. No clue where the kids were when that happened. Eric hasn’t betrayed Jessica Simpson yet, but he’s bound to, claims the source. The tabloid story came after Ben Affleck and Gavin Rossdale were in the center of their own nanny drama.

Jessica Simpson and Eric Johnson love hamming it up for the camera. They want everyone to know that they’re happy and in love. Sometimes they overdo it. What are your thoughts on Jessica Simpson’s Instagram post? Do you think it was uncalled for? Sound off below in the comments section.