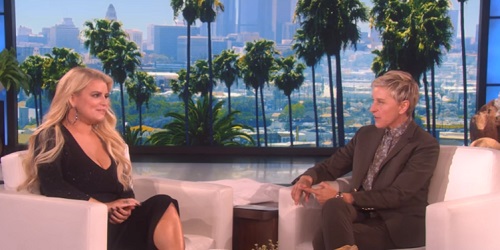 Within seconds of appearing on Monday’s episode, Jessica Simpson announced that she was done with having more kids. She said that she’s on an IUD and that “nothing’s gonna get in that uterus.” Jessica Simpson then explained a mermaid party she threw for her daughter that had “man-handlers” or men who carried the mermaids to the bathroom since they couldn’t pee in the pool. 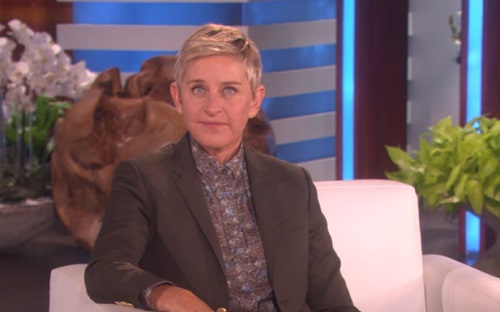 She couldn’t remember how long she was married. When Ellen DeGeneres asked her how long she’s been with her current husband, Jessica Simpson said she’s been married for seven years. Then, she said that she’s never been in a seven-year relationship, other than with a woman.

Jessica Simpson couldn’t even think of one thing that she and her husband like to do together. She has stated on Instagram that she loves carpet. Maybe she should have come up with that answer. Instead, Jessica Simpson said they both love their children. She appeared to be slurring when she struggled to answer that question. Then, Jessica Simpson revealed to Ellen DeGeneres that her husband loves to massage her back while he’s sleeping. Sounds like he has quite the hidden talent there. 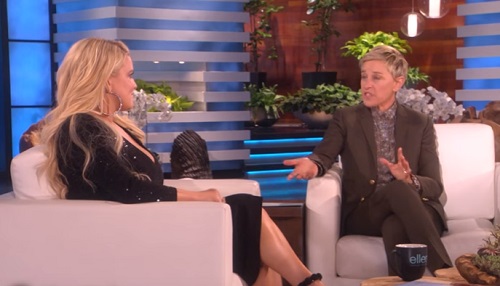 Jessica said that Eric Johnson loves to watch TV, but mostly falls asleep through it and also added that he golfs, but she doesn’t. Ellen DeGeneres was pretty much done with the interview by then. Jessica Simpson was also not sure how long it’s been since she released her last album, or how many songs she wrote for her new album.

This came after Jessica Simpson’s equally weird interview for CBS Sunday Morning, which aired this weekend, reports Jezebel. During the segment, she seemed flabbergasted as to why people love her clothing line. Her eyes appeared glazed and dreamy throughout the interview. Jessica Simpson also said that she still doesn’t know if it’s Chicken by the Sea or Chicken of the Sea.

What are your thoughts, CDL readers? Do you think Jessica Simpson is under the influence of something? Or, do you think she’s being her regularly ditzy self? Sound off below in the comments section and check back with CDL for more Jessica Simpson news and updates.