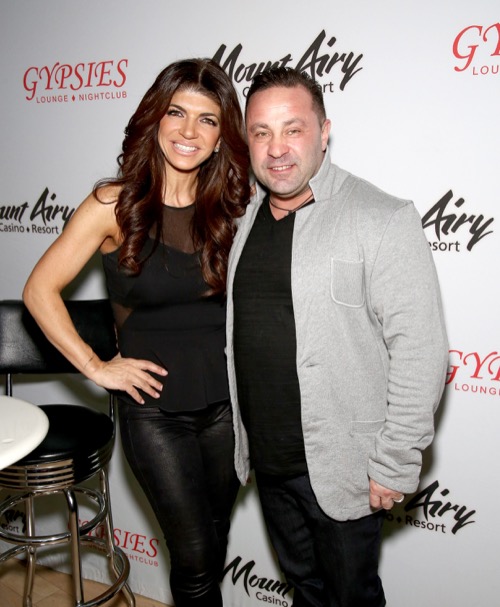 Real Househusband of New Jersey Joe Giudice is moving into a new phase of his 41 month incarceration. The husband of “Real Housewives of New Jersey” star Teresa Giudice, was set to do his whole 41 month sentence at Federal Correctional Institute, Fort Dix in New Jersey. Joe is now serving his sentence at a correctional facility in Allenwood, Pennsylvania. The change was made to accommodate Juicy’s fight against his deportation when he finishes his sentence. Joe is an Italian citizen who came to the United States with his family at age one.

Due to Joe’s immigration status by law he should be deported when he finishes his sentence. Joe wants to fight for the right to stay in the United States with his wife and four daughters. Per Courier Post at Fort Dix facility he was not given the chance to plead his case in front of an immigration judge. The facility in Pennsylvania will offer the opportunity to fight deportation. 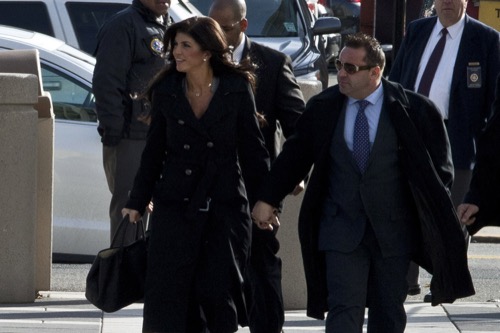 Another reason for Joe’s move to Pennsylvania is that he has been denied access to an alcohol abuse program. Per NJ.com the program is called Residential Drug Abuse Program. He will hopefully get treatment in the new facility. Joe has a history of alcohol abuse. Viewers of “Real Housewives of New Jersey” have seen his drunken antics and abusive behavior for six seasons of the Bravo show and a special called “Teresa Checks In”.

Teresa chose to deal with the stresses of preparing for prison by working out. Juicy decided to turn to drinking alcohol instead of deal with his stress in a constructive way. Joe makes homemade wine, which he is regularly drinking on camera. In her new book Standing Strong Teresa wrote that Joe spent his final night at home drunk with his friends and family.

He was also drinking in the morning he was to start his sentence at Fort Dix. It was reported that Joe Giudice was so drunk when he arrived at the Fort Dix facility he was not processed until he sobered up. Despite saying he wants to enter an alcohol rehab program it’s been reported that Joe is making alcoholic drinks behind bars for himself and his friends.

Joe has made some improvements in his life while he has been incarcerated. Teresa said he lost a lot of weight and pictures have circulated on the internet of his slimed down look. Joe also finished is GED.

Come back to celebdirtylaundry.com for more updates on Joe and Teresa Giudice.