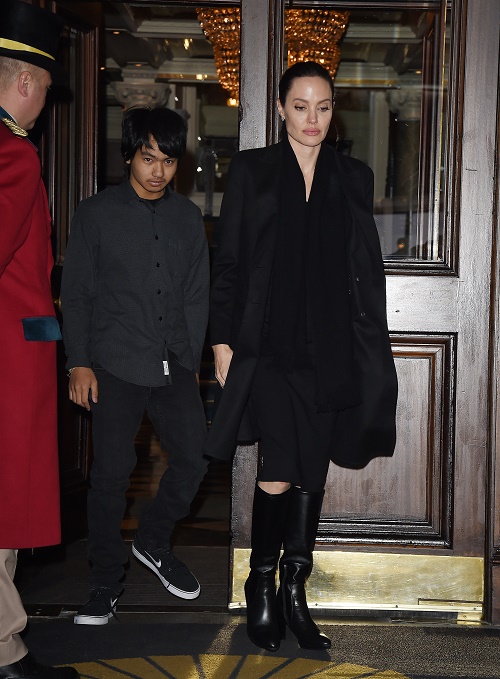 Kate Middleton missed out on a big opportunity to spend time with one of the biggest stars in Hollywood.  Angelina Jolie and her 15-year-old son Maddox enjoyed a private tour of Buckingham Palace on Tuesday, March 15th. But unfortunately, the Duchess of Cambridge was nowhere in sight.

Angelina was spotted leaving Buckingham Palace with Maddox late on Tuesday night. Earlier in the day, the actress gave a lecture to students about the impact of war and displacement of refugee women at the London School of Economics. Even though Angelina and her ex-husband Brad Pitt reportedly met with Prince William and Kate Middleton back in 2015, the actress didn’t meet with members of the royal family this time around. During their meeting in 2015, Angelina and Kate enjoyed tea together at Kensington Palace. But this time around it didn’t happen. 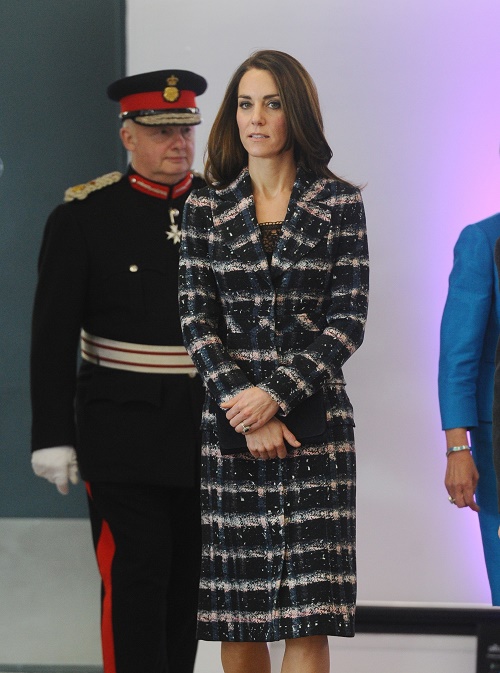 Royal observers are surprised that Kate Middleton wasn’t at Buckingham Palace during Angelina and Maddox’s tour. Kate loves to rub elbows with Hollywood’s elite whenever she can. Many insiders believe Kate did whatever she could to make sure Prince William took her to the BAFTA’s back in January. Even though reports indicated that many celebrities were worried that Kate Middleton was going to steal their spotlight, she came to the awards show anyway. And sure enough, all eyes were on the Duchess of Cambridge that night.

No one knows what Kate Middleton has been doing this past week. She skipped the Commonwealth Day services at Westminster Abbey to stay home with her two children, Prince George and Princess Charlotte. Prince William, meanwhile, is on a ski trip with his friends in Switzerland.

Then again, there’s also the possibility that Queen Elizabeth simply didn’t want her there. She knows that if Kate showed during Angelina’s visit, it would cause utter chaos. Seeing both Kate Middleton and Angelina Jolie in the same room would just be too much for some people to handle. Or perhaps Angelina simply wanted to spend some one-on-one time with her son Maddox without the distraction of the photographers and the press.

Tell us, do you think Kate Middleton is disappointed that she wasn’t invited to meet Angelina Jolie at Buckingham Palace? Let us know what you think by dropping us a line with your thoughts in our comments section below. Also, don’t forget to check back with CDL for all the latest news and updates on the royal family right there. 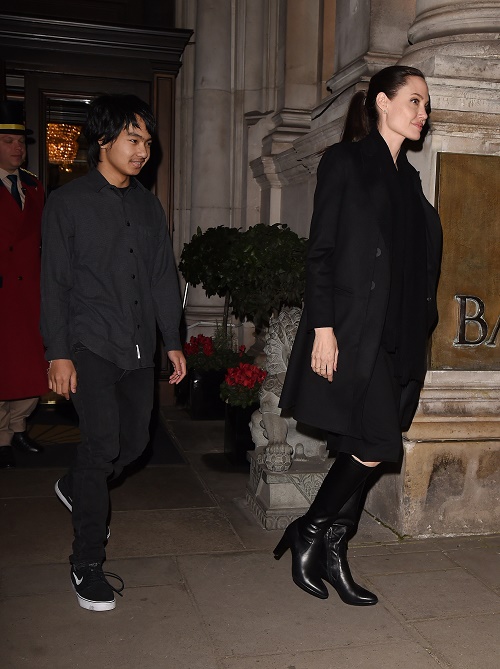 The Duchess will attend the launch of a series of @bestbeginnings maternal mental health films with @heads_together on 23rd March pic.twitter.com/sbmgoVop6X