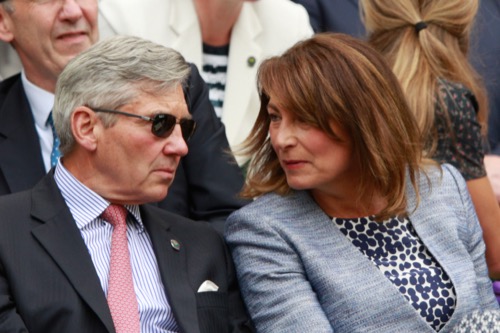 Carole Middleton has managed to do something she’s done so many times in the past, and that’s embarrass her daughter Kate Middleton. This time around reports indicate that the Duchess of Cambridge’s mother was overheard asking Roger Federer’s wife Mirka Federer for extra tickets to Wimbledon. That’s because her daughter Kate Middleton refused to give her seat tickets to the Royal Box even though she’s the royal patron of the All England Lawn Tennis and Croquet Club.

According to the Daily Mail, Carole Middleton was so desperate to attend this year’s tournament that she literally asked Mirka Federer if she had any spare tickets for her and her daughter Pippa Middleton. Fortunately, she managed to secure herself two last-minute Center Court spots. But because Pippa arrived so late to the game, she and her mother Carole were forced to sit apart.

One eyewitness told the publication, “It didn’t take long for Mirka to sort her out with two tickets and she was very happy about it, thanking her and then walking away with them in her hand smiling.”

For Kate Middleton, this is yet another example of her mother’s embarrassing behavior in public. Carole Middleton has proven that she’s so desperate for media attention that she’ll do just about anything to make sure she’s both heard and seen. She’s scrounging for tickets when she could have easily purchased them just like the rest of the spectators that were there for the game. In fact, many critics believe that both Carole and Pippa use their daughter’s royal connections whenever and wherever they can. A lot of people even say that Carole has once again proven that she has no shame whatsoever. It’s no wonder that Queen Elizabeth refuses to invite the Middleton family to any official royal events.

So far Kate Middleton has made no comments about her mother Carole Middleton’s behavior at Wimbledon. Although seeing how many times she’s humiliated her in the past, it wouldn’t be surprising if Kate felt just as embarrassed by her greediness at the tournament, too. The last thing she needs right now is her mother Carole or anyone from her family making headlines for their petty behavior. 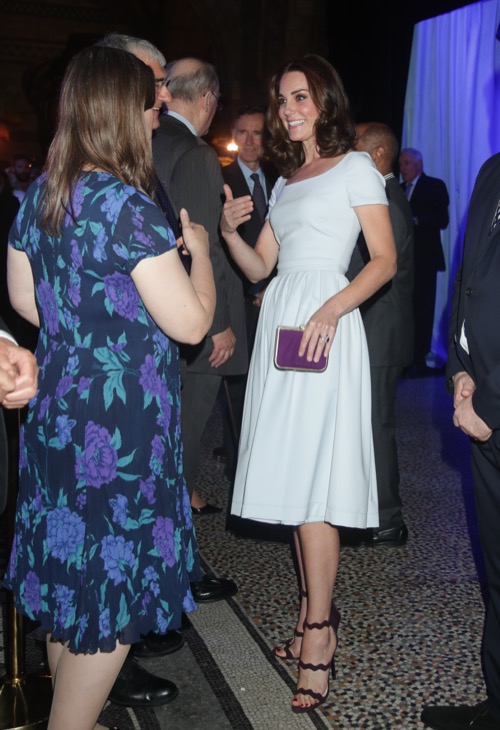 The Duchess of Cambridge is expected to attend the Wimbledon finale to present trophies to this year’s winners. In the meantime, don’t forget to check back with CDL for all the latest news and updates on Kate Middleton and the entire royal family right here.