Was Carole Middleton Seated With The Commoners At Wimbledon This Year? 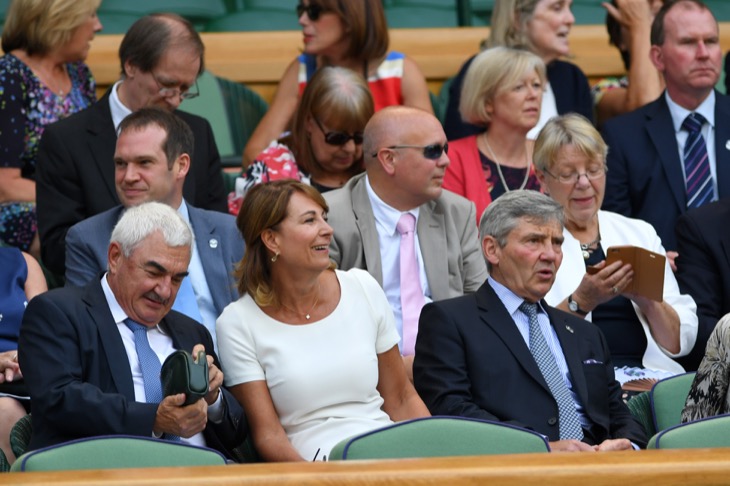 Carole Middleton and Michael Middleton attended Day 4 of Wimbledon on Thursday, July 6. She came to exclusively watch Roger Federer play on Centre Court. Kate Middleton previously stated in an interview that Roger is her mother’s favorite. Carole has a bit of a crush on him. The question on people’s minds, though, is whether Carole Middleton had to sit with the commoners, or if she watched from the Royal Box? She thinks she’s part of the royal family. She shunned most of her family and friends just to get in with them.

Carole Middleton has been seated with the commoners in the past. According to a report via the Daily Mail, she could finally sit in the Royal Box. Carole is finally moving up the ranks. Kate Middleton became a patron of the All-England Club just so her mother can get a seat in the Royal Box. The 62-year-old matriarch made her appearance at Wimbledon with a shorter hairstyle. It looks like Kate and Carole got a two-for-one special on their haircuts this week.

Kate only opted for a trim. She didn’t get her hair colored or highlighted. Meanwhile, Carole showed off her caramel highlights, notes the Daily Mail. Carole Middleton was delighted to finally sit in the Royal Box on Centre Court. But, Kate and Pippa Middleton beta her to it earlier this week. Carole Middleton made sure that she fit in with the rest of the royals. She arrived in a white shapeless and matronly white dress. She didn’t look entirely bad, but she could’ve looked better if she wanted to dress to impress. Carole accessorized her look with a Chanel handbag and nude wedged sandals.

Michael Middleton wore a dark suit with a white button-down shirt and a blue tie. He also looked very pleased to be there. During the tournament, Carole Middleton was seen donning sunglasses and fanning herself. While the Middletons are regulars at Wimbledon, this was the first time they got to sit in the Royal Box. The family has made appearances at the Championships all week. Kate Middleton made her official debut as patron of All England Lawn Tennis Club on Monday, July 3. She showed off her new haircut and her ugly black-and-white polka dot dress. 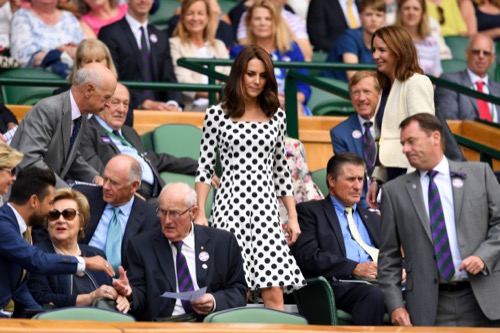 On Wednesday, Pippa Middleton appeared with her brother James. And, on Thursday, it was their parents turn – finally. Carole and Michael Middleton’s marriage isn’t the best. Carole resides with Kate and William while Michael stays at Middleton Manor. Despite their struggles, they seem like the type of couple to stick together. What are your thoughts on Carole Middleton’s look at Wimbledon? Sound off below in the comments section.