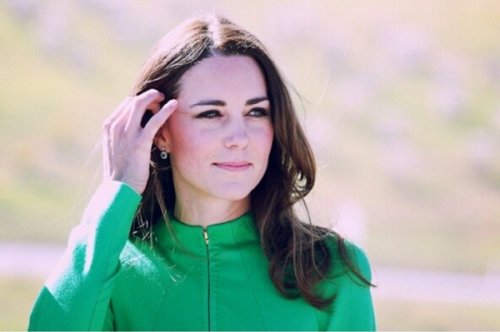 Kate Middleton may be facing more marital problems. Prince William is reportedly furious with Carole Middleton over the family’s Christmas plans. Is The Duke of Cambridge demanding that the Duchess of Cambridge follow Royal Christmas traditions?

Did Carole use her advice column in Baby London magazine to take shots at Queen Elizabeth and the stuffy Royal Christmas traditions? Carole advised in the magazine that families should “relax and enjoy baby’s first Christmas. [Babies] won’t remember it, but [the family] will have fond memories.”

It’s going to be a crafty Christmas for Princess Charlotte and Prince George if Grandma Middleton gets her way. Carole Middleton will be making paper and string Christmas garland with the Royal grandbabies according to the Baby London column.

Not only that, granny will be baking cookies and making cupcakes with George and Charlotte. Prince William may have joined sister-in-law Pippa Middleton and mother-in-law Carole for a little Christmas caroling on Wednesday, December 2, but the second-in-line to the throne isn’t going to let the Middleton’s highjack Christmas.

The prince has put his foot down – the Cambridge’s will spend the holidays with Queen Elizabeth and the rest of the Royals at Sandringham. Will Carole, Michael, Pippa and James Middleton end up at Sandringham with Kate Middleton and the Duke of Cambridge for Christmas?

It certainly seems as if Carole Middleton is trying to push Queen Elizabeth this holiday season. Last year the Middleton’s celebrated with the Royals, but Queen Elizabeth has all but banned Carole from the various Royal residences.

Apparently Queen Elizabeth is furious with Carole’s constant calculated attempts to push the Royal family out this holiday season. Prince William is beyond upset that Princess Kate is yet again allowing Mamma Middleton to interfere in the Cambridge’s marriage and holiday plans.

Wills may have gone so far as to threaten Kate with divorce if Royal Christmas traditions are not observed. This Christmas could be the breaking point for the Duke and Duchess of Cambridge’s marriage.

Prince William expects Princess Kate to uphold the centuries-old Royal holiday traditions. If Kate Middleton isn’t willing to stand-up to Carole Middleton then the Duchess may be celebrating the holidays without the Duke, Prince George and Princess Charlotte.