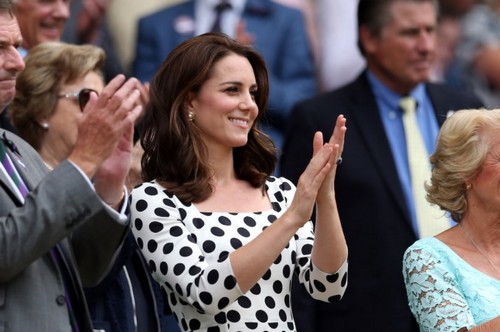 Kate Middleton couldn’t help but flirt, smile and giggle while meeting handsome Austrian tennis star Dominic Thiem at Wimbledon on Monday, July 3. Eyewitnesses say the Duchess couldn’t hide her excitement when she was introduced to Dominic, leaving her husband Prince William once again annoyed by her behavior.

According to reports, Dominic asked Kate if she plays tennis herself. As you can imagine, the Duchess laughed, smiled and giggled like a smitten school girl before replying with, “Yes, but not to any standard.” 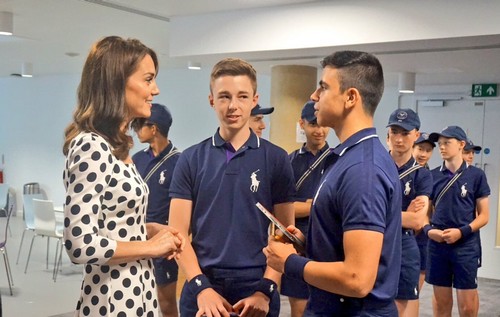 Of course, this isn’t the first time Kate Middleton has been spotted flirting with a handsome man in public. A lot of royal observers couldn’t help but notice that the Duchess was all smiles the first time she met Sir Ben Ainslie. A lot of people can’t help but notice that Kate always looks picture perfect during her royal engagements and that she’s always smiling and trying to get Ben’s attention whenever he’s around.

Kate was also caught flirting on the phone while both she and Prince William were at a ICAP Charity Event in London back in 2015. Apparently, the future King of England was none too pleased when he heard his wife flirting to a broke and trying to firm up a business transaction right next to him.

Then again, Wimbledon is Kate’s time to shine. A lot of royal critics believe that one of the reasons why the Duke and Duchess’ trip to Germany and Poland is scheduled so late in July is because Kate would never miss out on an opportunity to attend Wimbledon. 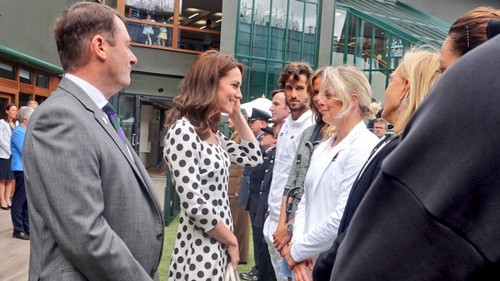 This is the one and only place where she can mingle with Hollywood A-list stars and some of the biggest names in the sports world. If there’s one thing that the Duchess of Cambridge loves, it’s attention. And so far she’s been getting plenty of it this week.

But if there is one person Kate Middleton doesn’t flirt with in public, it’s her husband Prince William. The married couple often looks distant with one another and rarely show any affection whenever they are in public. If that weren’t enough, a lot of people can’t help but notice that Kate smiles and laughs more whenever she’s in the company of her brother-in-law Prince Harry, than with her own husband.

So far Prince William hasn’t made any public comments about Kate Middleton’s flirting. In the meantime, don’t forget to check back with CDL for all the latest news and updates on Kate Middleton and the entire royal family right here.