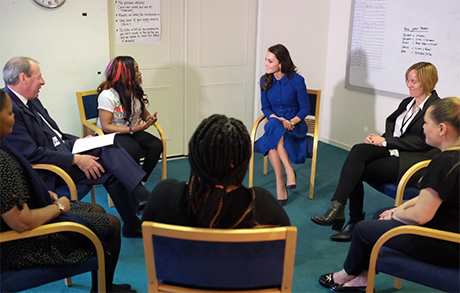 Kate Middleton has once again insulted the public. This time it is because of the fake empathy she showed to a group of struggling mothers. The Duchess of Cambridge admitted that she finds parenting to be tough work to a group of mothers while visiting them at a treatment center this week.

During her visit to London’s Anna Freud Center for Children and Families, Kate admitted that parenting is definitely no walk in the park. She spent an afternoon listening to mothers who underwent a program to help them with their addiction issues and abuse.

According to People Magazine, Kate told the mothers, “Parenting is tough. And with the history and all the things and the experiences you’ve all witnessed, to do that on top of your own anxieties, and the lack of support you also received as mothers…I find it extraordinary how you’ve managed actually.”

Sure enough, Kate has been slammed for her comments. A lot of royal observers point out that her perception of what tough parenting is might be different than what others think. Of course, Kate Middleton’s life is different than what normal mothers are used to. She is the future Queen of England. She and Prince William have a full-time team of royal nannies that help them take care of Prince George and Princess Charlotte. 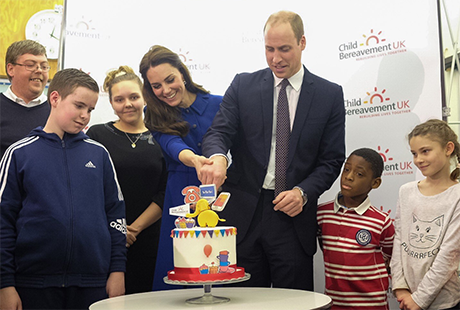 That’s why royal observers can’t help but wonder what she is doing with all of her time. If she isn’t interested in doing public appearances and royal engagements, does she really need a staff to help her with her kids? Are multiple nannies really necessary? That’s what royal fans want to know.

Buckingham Palace has not made any comments about Kate’s latest gaffe. What do you think? Did Kate Middleton insult working mothers with her fake empathy? Do you think she really understands what the average mother goes through on a daily basis? Drop us a line with your thoughts in our comments section below. Also, don’t forget to check back with CDL for all the latest news and updates on the royal family right here!

The Duchess of Cambridge joins a @AFNCCF ‘theraplay’ session, which promotes the attachment relationship between parents and children pic.twitter.com/Aa6aWurxeW