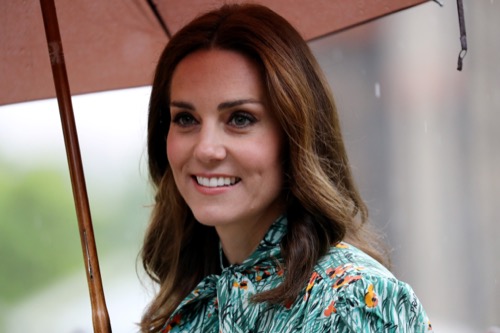 Kate Middleton is pregnant with her third child! Kensington Palace made the announcement September 4 (see below) and unfortunately The Duchess of Cambridge is suffering from severe morning sickness – hyperemesis gravidarum – as she did with her previous two pregnancies. Congratulations to Prince William and Kate Middleton on this wonderful news!

According to the latest cover issue of Life & Style Magazine, Kate Middleton is not only pregnant with her third child, but she’s also been named the Queen! Well at least the Kate Middleton pregnant part of the cover is accurate!

The report claims that as, “public backlash grows over Prince Charles and Camilla Parker-Bowles, the queen decides that only William and Kate can save the monarchy. Now Kate’s friends reveal she has even more reason to celebrate – baby No. 3 is on the way.”

Alas, we had been hearing that Queen Elizabeth was frustrated with said public backlash against Charles and Camilla for some time now, but it’s doubtful that she would go ahead and name Kate Middleton – someone with barely improved standing amongst the public – as Queen.

There might be a large percentage of the populace who does prefer the more millennially inclined Prince William and Kate Middleton, but there is probably a large segment that would also much rather see Prince Charles on the throne than his son – albeit perhaps an even larger percentage still who’d rather Queen Elizabeth just live forever, and not have to deal with her son or her grandson. 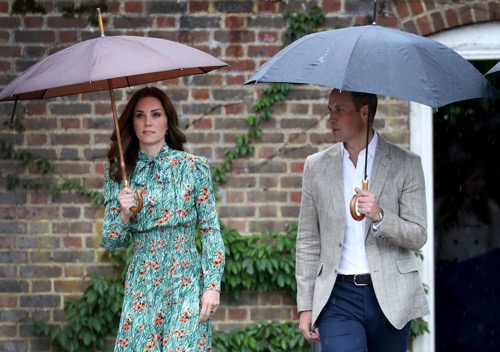 The magazine’s sources claim, “After her death, Queen Elizabeth wants her eldest son to abdicate, handing the throne over to William and Kate.” But alas, the Queen’s ‘decision’ to announce this on the 20th anniversary of Princess Diana’s death has apparently ‘reopened old wounds’ and ‘damaged Prince Charles’ reputation’. Um… what reputation?

The source – a supposedly high-level courtier – also adds, “Initially, Charles was opposed to the idea of abdicating, saying he had waited his whole life to become king. But he is coming around to the idea.” This is where the report loses us completely, because there’s little to no chance – barring complete humiliation and a public meltdown – that Prince Charles would be willing to give up the throne that he has spent his entire life seeking and being trained for.

But alas, perhaps the family will enjoy the good news in the wake of all this succession drama, as news of Kate Middleton’s third pregnancy is accurate. The report suggests, “Those close to Kate say she’s in the early stages of pregnancy… [She’s] showing all the tell-tale signs that she’s expecting.”

What do you guys think? Will Queen Elizabeth actually pass over Prince Charles and Camilla Parker-Bowles to hand the throne to Prince William and make the pregnant Kate Middleton queen? Let us know your thoughts in the comments below.