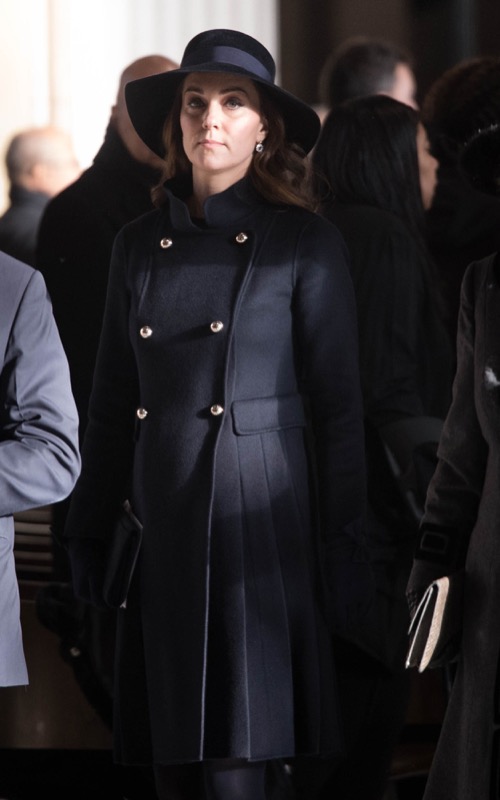 Kate Middleton is having a baby boy according to some royal observers, after seeing the Duke and Duchess of Cambridge’s 2017 Christmas card. The entire family, including William and Kate and their two children, Prince George and Princess Charlotte, are dressed in blue for their holiday portrait.

Reports say that the family photo was taken during the summer and right before Prince George’s fourth birthday. A lot of critics can’t help but wonder why the royal family opted for an older photo as Kate is now in her second trimester of her pregnancy. The Duchess is wearing a light blue ensemble while her husband William has on a blue tie and suit. 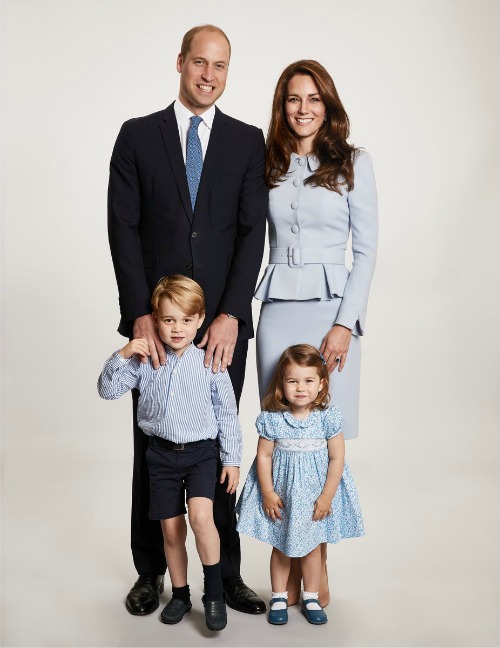 George is wearing a light blue button-down shirt and dark trousers. Little Charlotte has on a blue dress, too. With so much blue in the picture, many people are guessing this means that Kate Middleton is having a baby boy even though she doesn’t look like she’s pregnant in the photo. In fact, the photo might have been taken well before the Duchess even found out that she was expecting. 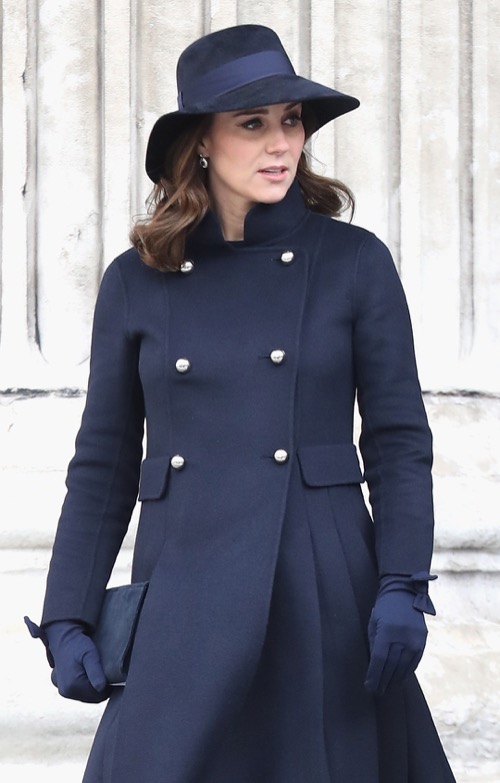 Of course, Kate Middleton is one royal mother who loves to keep the public guessing. Both royal fans and critics know that. One moment she’ll wear blue and drop subtle hints that she is carrying a baby boy while the next moment she’ll put something very pink and feminine on to suggest that she’s carrying a girl instead. A lot of royal observers say that the Duchess of Cambridge does this because she loves all of the attention that she gets from the media each and every time she’s pregnant. After all, Kate’s children are the future royal leaders of the monarchy. Everyone wants to know if she’s having a boy, a girl or even possibly twins.

Then again, the royal family also wore blue for their 2016 Christmas card back in 2016 as well. It might just be William and Kate’s favorite color for a reason no one knows. So far Buckingham Palace has not made any comments about Kate Middleton’s pregnancy. The palace has stated though that the Duchess will give birth sometime in April. There’s a good possibility that her newborn baby might make an appearance at Prince Harry and Meghan Markle’s royal wedding in May. Fans will just have to wait and see.

The Duke and Duchess of Cambridge are pleased to share a new photograph of their family. The image features on Their Royal Highnesses’ Christmas card this year. The photograph was taken earlier this year by @ChrisJack_Getty at Kensington Palace. pic.twitter.com/p8jm6zDfl0