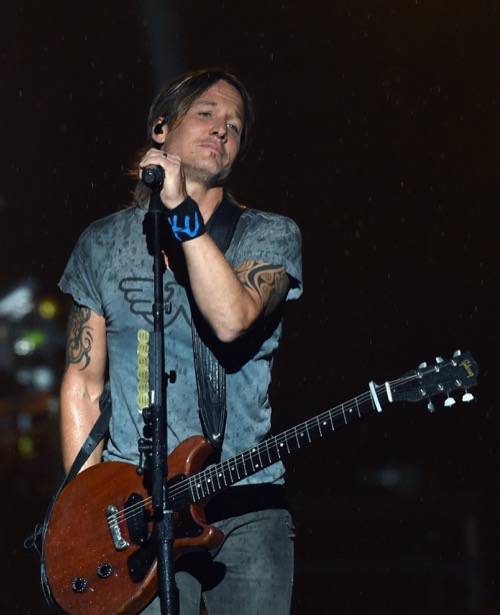 Keith Urban and Nicole Kidman may already be on the brink of a divorce, but a new report from Star Magazine claims that Urban has allegedly been caught ‘cozying up’ to a ‘beautiful redhead sporting skintight jeans and a sexy sleeveless vest.’

Given that Nicole and Keith rarely make joint appearances in public anymore, it wasn’t much of a surprise to see Nicole promoting her TV series, Big Little Lies, in Los Angeles, while Keith was performing at the California Mid-State fair at the same time. However, Star claims that in addition to playing his set, Keith Urban also took the time to flirt and get cozy with a young redhead, alleging that photographs show the two getting way too close for comfort.

A source reportedly tells Star, “They laughed and hugged each other tightly. It certainly seemed like there was a real connection between them. I’m sure Nicole will blow a fuse when she sees the pictures.” The source also added, “They were sharing a private conversation just outside his trailer, and at one point Keith reached out and stroked her back. She was all smiles, acting flirty and tossing her hair back. Then they had a long embrace as Keith closed his eyes and rested his head on her shoulder.” 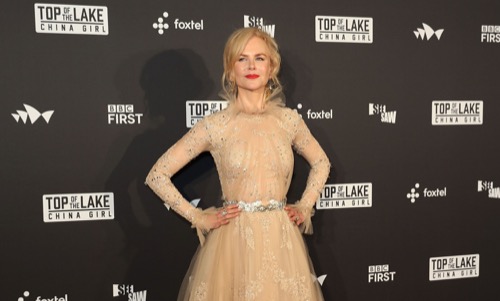 When you take into consideration the fact that just two years ago – and at this same venue – Keith Urban was caught copying up to yet another young country singer, Kelsea Ballerini (who was also his opening act), you’d be hard pressed not to empathize with Nicole Kidman after this latest round of rumors hit the tabloids. The source suggests as much, adding, “I heard Nicole was furious then, so I can imagine how she feels with this latest incident involving that mystery woman.”

The report wraps up with speculation surrounding Nicole Kidman’s breaking point regarding Keith Urban’s alleged infidelity and his constant flirting and companionship with younger women. Feelings of jealousy and separation anxiety are normal in long-term marriages, but it’s not the mark of a strong marriage when one partner constantly spends his time flirting with younger women, and the other spends all her time working or taking care of their children.

As such, divorce bells may be ringing, but if it is announced that Nicole Kidman and Keith Urban are getting a divorce, it’s doubtful that anyone will be surprised at this point – least of all, Nicole or Keith.

What do you guys think? Will Nicole Kidman and Keith Urban call it quits after this latest (alleged) incident, and get a divorce? Or will they continue to tough it out, the way they’ve done thus far? Let us know your thoughts in the comments below.