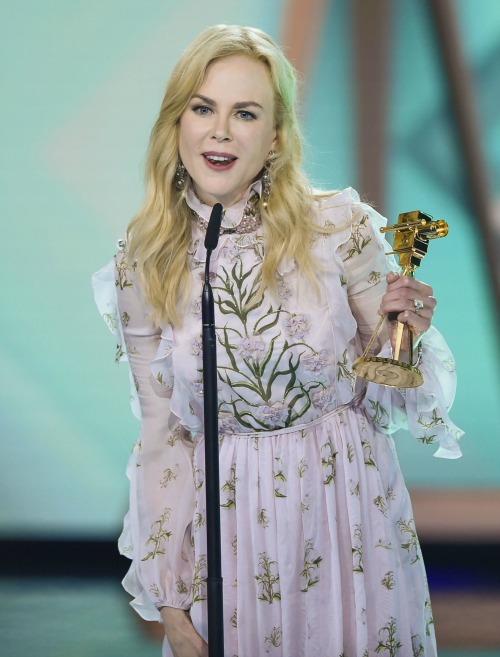 Keith Urban might be Nicole Kidman’s biggest fan, but if there’s one thing he won’t do it’s watch her explosive love scenes with Alexander Skarsgard, her on-screen husband in her new drama, ‘Big Little Lies.’ Nicole is starring in the new HBO drama series along with Reese Witherspoon, Shailene Woodley and Laura Dern.

During an interview with Kyle Sandilands and Jackie ‘O’ Henderson’s morning radio talk show, they asked Nicole about her intimate scenes with her on-screen husband, Alexander Skarsgard. At one point during the interview, shock jock Kyle asked Nicole if Keith had anything to say about the scenes or whether or not he wanted to emulate them, too. A flustered Nicole responded with, “Kyle stop, moving on!” 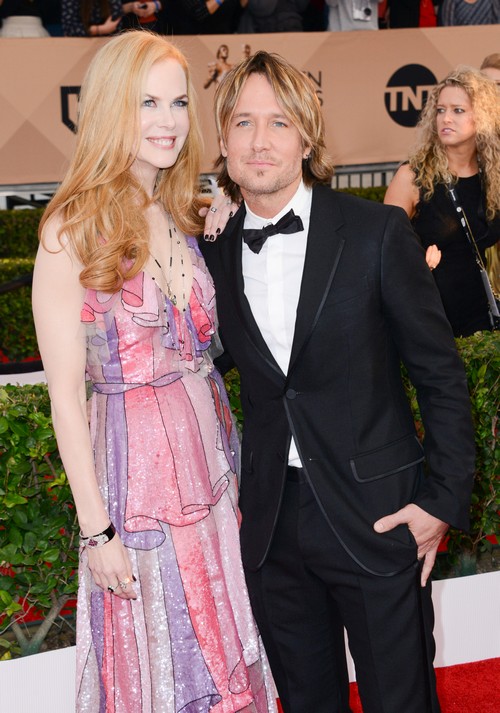 Still, that didn’t stop the radio host from adding, “I want to know what was the feedback from your husband Keith Urban during the grinding intimate scenes. No one wants to see their wife with Skarsgard let me tell you.”

Nicole did admit that Keith had asked her about the scenes because he was concerned about her. The actress explained, “He gets that it is work. What he did say is because when I would come home after shooting he was pretty shaken. Because it was you know tough doing the role, and I would get really bruised and battered particularly as it goes along, so he was actually emotionally protective.”

Yet, back in February Nicole did admit that Keith felt pretty uncomfortable about her ‘Big Little Lies’ love scenes. Even though she’s been filming similar scenes her entire career, Keith is still watching them with only one eye open. Then again, many fans aren’t surprised that Nicole is having to reassure her husband that her sex scenes are part of her job.

After all, Keith has made it no secret that the couple has been dealing with their communication issues behind closed doors. They reportedly attended a marriage retreat back in November. Still, at this point shouldn’t Keith understand that Nicole’s intimate scenes with Alexander are meaningless to her? Is he really that insecure about their marriage? That’s what fans want to know.

Tell us, do you think Keith Urban hates seeing Nicole Kidman’s uncomfortable sex scenes on ‘Big Little Lies?’ Let us know what you think by dropping us a line in our comments section below. Also, check back with CDL for all the latest news and updates on Nicole Kidman and Keith Urban right here!