Kelly Rohrbach Is A Huge Diva Now That She’s An Actress, Not Just Leonardo DiCaprio’s Ex 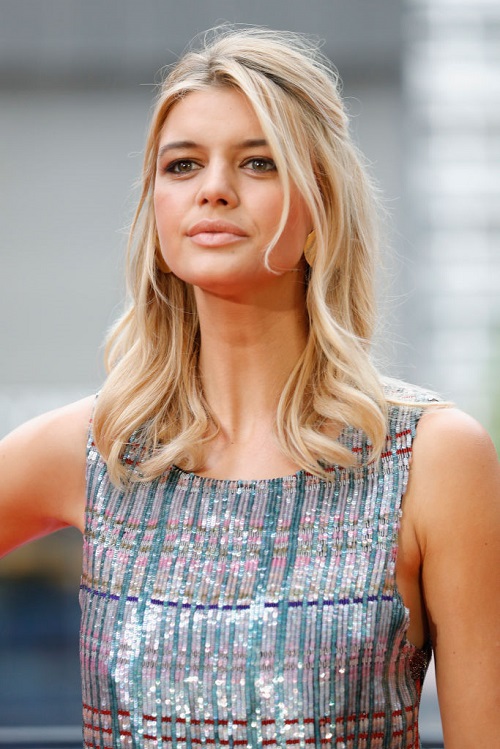 Kelly Rohrbach was known for being one of Leonardo DiCaprio’s many model girlfriends. These days, she’s trying to make a name for herself as an actress and it’s not working. She’s actually ruining her career. An inside source spoke exclusively to Page Six about Kelly Rohrbach’s diva attitude. She had a major attitude onset of the movie, Baywatch and assumed that it was her breakout role.

The insider claimed that Kelly Rohrbach was a huge snob. She wasn’t friendly to her co-stars Dwayne “The Rock” Johnson, Priyanka Chopra, or Zac Efron. Rohrbach already has a huge chip on her shoulder. She stuck up her nose while she promoted the film last month and didn’t get along with the rest of the cast. They didn’t feel comfortable being in the same room as Rohrbach, that’s how bad it got at times. The Baywatch cast didn’t even like doing press junkets with her.

Kelly Rohrbach played C.J. Parker, a role made famous by Pamela Anderson in the hit TV series from the ’90s. It was Rohrbach’s fault that she didn’t get along with the cast. She didn’t want to talk to them. She thought she was a bigger star than all of them since she dated Leonardo DiCaprio. 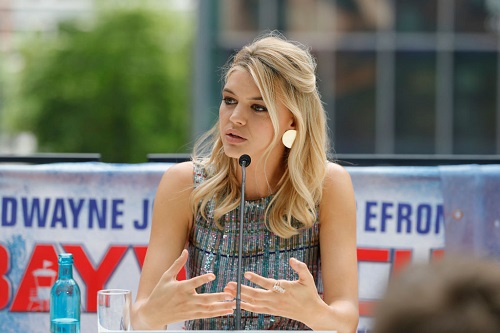 Kelly Rohrbach and Leonardo DiCaprio dated for six months until their split in 2016. The news of their split came the same day it was announced she was cast in Baywatch last year. When Rohrbach landed the role, she was repped by Untitled Entertainment. But, then she switched over to Management 360, which reps stars like Anne Hathaway and Channing Tatum. Insiders close to the studio say Rohrbach ended things with Management 360 after six months. She’s burned a lot of bridges in Hollywood along the way.

While it’s early in her acting career, she’s already ruining it. She’s difficult to work with and she has no business to be this difficult when she doesn’t even have a successful modeling career. She’s basically Sports Illustrated Swimsuit material. Rohrbach is repped by IMG as a model, but recently signed onto WME as an actress. This revelation comes after Rohrbach’s interview with Esquire magazine.

She revealed how she got cast in the Baywatch film. She said that she kept cold emailing her head shot to various talent agencies until she got signed to IMG. She then went on to appear in The New Normal, Two and a Half Men, and Broad City. Somehow she ended up in Baywatch. It’s kind of baffling. What’s also baffling is that she shouldn’t have such a big head.

“No [‘Baywatch’ castmate] wanted to share a junket room with her. She was flipped around to many different pairings” https://t.co/lYPJy3qJyV