Leonardo DiCaprio Dating Model Kelly Rohrbach: Leo Might Be In Love – But Is Kelly Just Using Him To Score A-List Auditions? 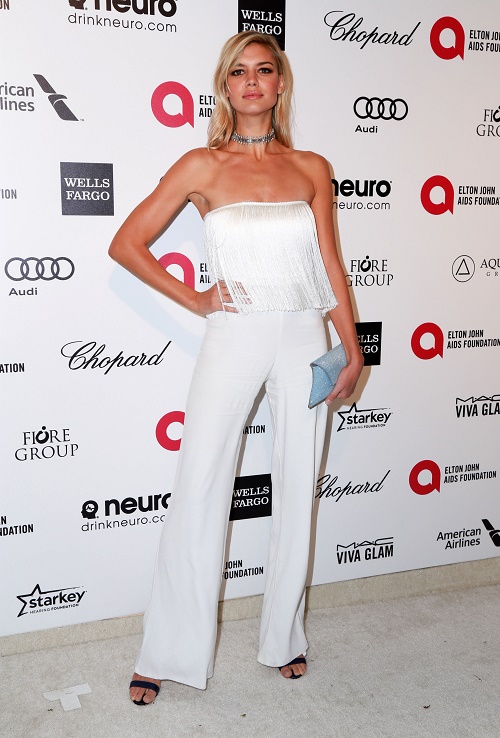 Is Leonardo DiCaprio FINALLY settling down and getting married? It wasn’t that long ago that Leo introduced his model du jour, Kelly Rohrbach, but apparently the couple is already very serious. It’s no secret that Leonardo DiCaprio changes models more often than most people change their underwear. Seriously, we have come to the conclusion that dating Leo is some sort of induction into the modeling industry. It is most likely a criteria when interviewing girls for gigs. We’re pretty sure if you look closely at a casting call it says somewhere in tiny print, “If you have not hooked up with Leonardo DiCaprio, then you need not apply.

According to a new report from the New York Post, Kelly Rohrbach may have done the impossible and turned Leo The Ho into a house-husband. Apparently, Kelly is not your typical model, and she comes from a wealthy family and has a college degree – on top of her runway ready legs. Sources say that the couple has only been dating a few months, but they are already moving very quickly, and Kelly might be “the one.”

Here’s the kicker though – when Kelly is frequenting posh country clubs, walking the runway, and doing whatever it is that people with college degrees but no jobs do, she is aspiring to be an actress. No wonder she has no qualms about being a modeling cliché and dating Leonardo DiCaprio. It’s safe to assume that attending A-List parties on Leonardo Dicaprio’s arm is one way to break into the movie business and score a couple of auditions. It looks like Leo’s new girlfriend could have a hidden agenda, and for once DiCaprio might be the one getting his heart broken instead of doing the heart-breaking.

Do you think that Leo and Kelly are the real deal, or will he have a new girlfriend by next month? Is Kelly Rohrbach just using DiCaprio to launch her movie career? Let us know what you think in the comments below!