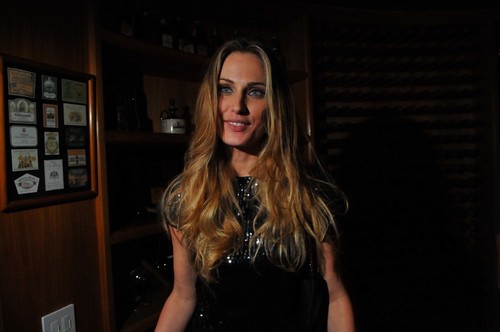 The world is round, and Leonardo DiCaprio is dating Eliza Joenck, another supermodel. At this point, the news would be if Leo WASN’T dating a model. It’s been mere days since Leonardo DiCaprio broke up with his Victoria’s Secret model girlfriend, Toni Garrn. However, Leo has already moved on [duh] with a Brazilian supermodel by the name of Eliza Joenck, who is [GASP] 32 years old! Oh my god, Leo is dating a woman that is not below 25 years old? What’s happening to him?!

Granted, this report comes from the National Enquirer, so take this was a grain of salt. Although Eliza Joenck fits Leo’s aesthetic requirements, the fact that she’s 32 is giving me pause. In all of his years of dating history, barring his longest stint with Gisele Bundchen, Leonardo DiCaprio has never, ever dated anyone above the age of 25. It seems to be this unofficial barrier for him, and as he gets older, his girlfriends continue to stay the same age – he’s actually a lot like Jack Nicholson that way.

Anyway, the Enquirer’s source adds, “He’s very reserved. He doesn’t want another romance that will make the tabloids. So they end up going to places that do not have paparazzi.” Or they’ll go out to some random party in Miami, and Leo will then jump behind a trash can or put a plastic bag on his head.

Leonardo DiCaprio is physically incapable of missing a good party, especially if there’ll be models there – and it doesn’t matter if he has a girlfriend or not. By that logic, of COURSE the paparazzi will catch him and Eliza together, if they really are ‘together’. It could just be a case of wishful thinking, since the majority of this report seems to be based on Eliza’s cryptic Facebook posts about her new boyfriend. But is that boyfriend Leonardo DiCaprio? Only time [and paparazzi photos] will tell.