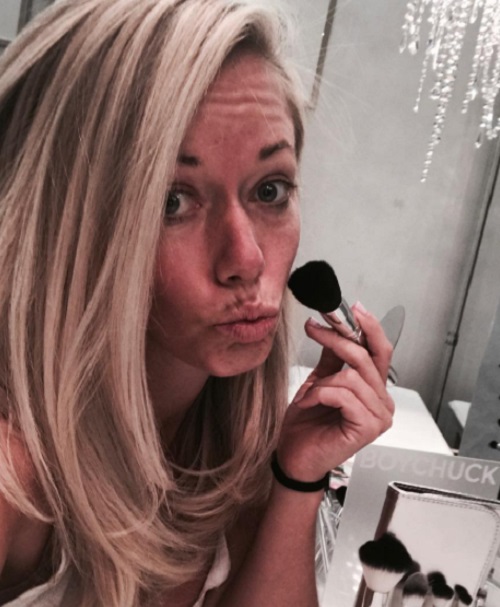 Kendra Wilkinson may be a mom-of-two, but she still has a wild side. She loves to let out her wild side every so often. Kendra Wilkinson was spotted having a wild night in Las Vegas. The former Girls Next Door star was letting the men strip for her this time around. She was seen getting a lap dance from one of the nearly naked male strippers. She even posed for group photos with the men of the show Thunder From Down Under.

Kendra Wilkinson was so happy about her night out, that she happily shared it with her fans. The 31-year-old attended Australia’s Thunder From Down Under show at the Excalibur Hotel on Wednesday, May 31. As seen in the photos published on Radar Online, she was seen grinding with one of the men.

The former Playboy model was seen invited to the stage, where she was given a lap dance by one of the muscular men. Then, the stripper brought her the floor and ripped off his pants – only revealing a black thong. 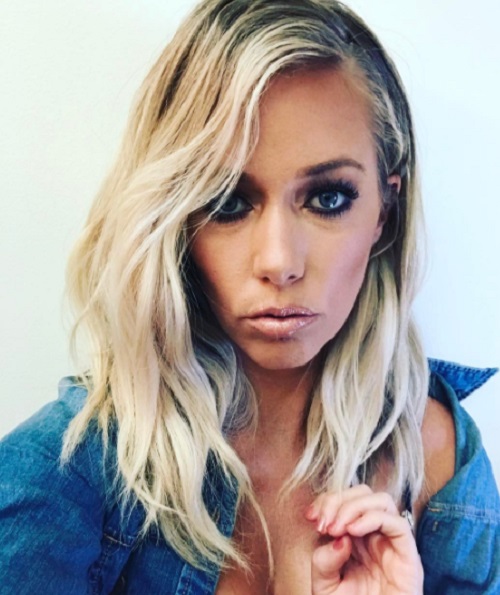 He then climbed on top of the married reality star and gyrated on her. Kendra Wilkinson has been married to professional football player Hank Baskett. The couple almost ended things when he revealed that he had an affair with a transgender model back in 2015.

Kendra Wilkinson claims that their marriage couldn’t be stronger than ever these days. However, it seems like she still likes to get wild on the side. Kendra has admitted in the past that she still flirts with other men and even texts them.

She has to temporarily live in Sin City until the latter part of August. She is currently appearing in her new stage show, Sex Tips for Straight Women From a Gay Man at Paris Las Vegas. She attended the strip show with her co-stars Jai Rodriguez and Michael Milton. Jai Rodriguez assured Kendra Wilkinson that her “husband will be fine” after hearing about her wild night out, reports the Daily Mail. As for Hank Baskett, he was beside himself. He only chose four emojis to express his reaction to the news of her lap dance. 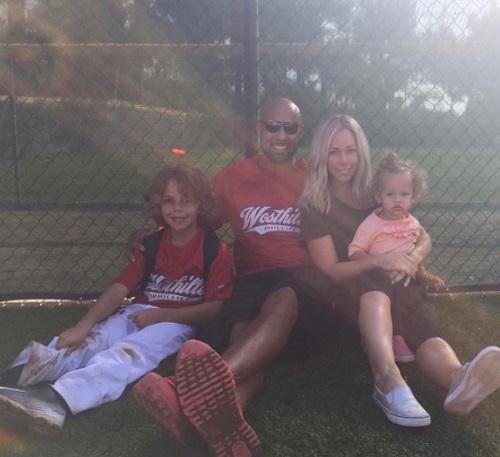 It seems like things are going well for Kendra Wilkinson and Hank Baskett though. Though she’s been making herself at home in Vegas, she admitted on social media that she misses her husband. She told her Twitter followers that she wanted to have a “naked” conversation with him on FaceTime. The always honest reality star tweeted her husband to answer her risqué phone calls.

Check back with CDL for more Kendra Wilkinson news and updates.

A post shared by Kendra Wilkinson Baskett (@kendra_wilkinson_baskett) on Jun 2, 2017 at 3:23pm PDT