Khloe Kardashian Plastic Surgery: Did She Get A Nose Job? 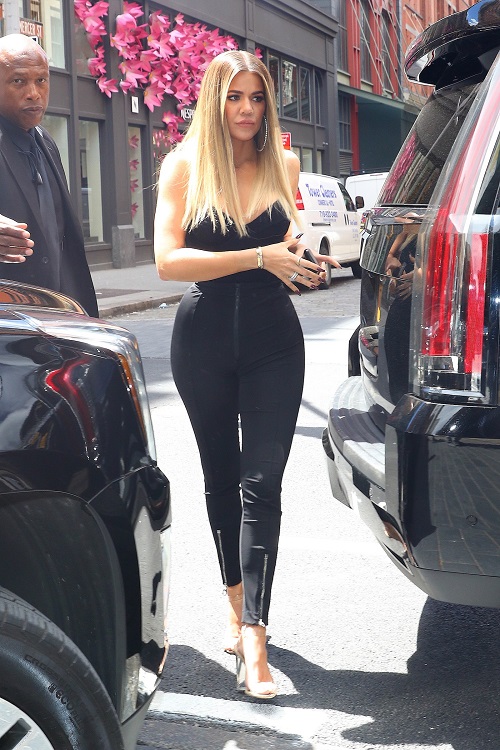 Khloe Kardashian has sparked the plastic surgery rumors once again. The Keeping Up With the Kardashians star has been rocking a new look lately. Some fans think Khloe’s new look has to do with her makeup. Others think she found time to get a nose job. Khloe has been laying low lately, and it’s not because of her relationship with Tristan Thompson.

According to Britain’s OK! Magazine, Khloe Kardashian has been rumored to go under the knife yet again. She still feels like the ugly Kardashian sister even if she worked hard to attain her “revenge body.” Fans can’t seem to get over the change in her nose, even in the new photos at the 2017 NBC Upfronts. Khloe rocked a jumpsuit and minimal makeup at the event. Some fans assumed that her nose looked different because she’s been using different makeup these days.

Meanwhile, others are convinced that Khloe went under the knife. According to another report, she’s been using her long-time makeup artist, Joyce Bonelli. Khloe’s makeup artist spoke out to The Cut about Khloe’s transformation. She credits Khloe’s “nose job,” and revealed what she did to get the reality star’s look. She claims that she gave Khloe the “best nose job of her life” for the past eight years. Yet, fans have been talking about how strange Khloe looks lately. Seems like Joyce and Khloe’s fans have differing opinions on that matter. 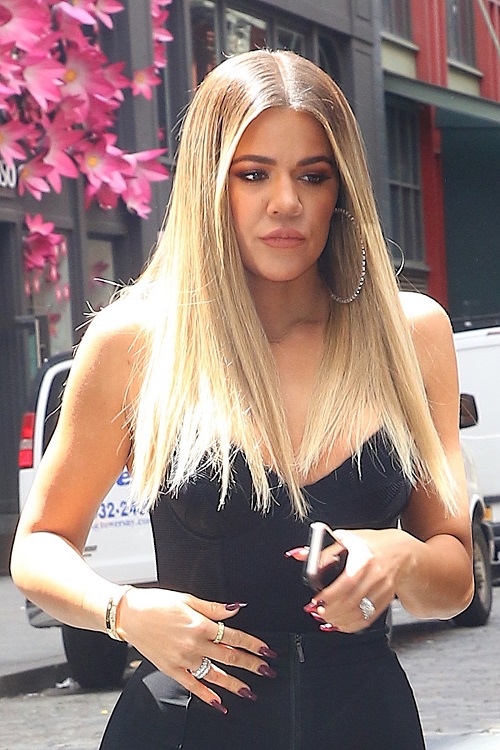 Joyce also continued about the makeup she uses on the Kardashian sisters. When it comes to Khloe looks, she will use a chocolate brown eyeliner on her. She then uses a highlighter pencil along Khloe’s brow bones and on her eyelids. Then, she finishes her look with a bronzer on the cheeks and contouring on her nose. That’s how Khloe gets her “new nose job.”

Joyce also likes to use dark matte lips on all the Kardashian sisters. It’s obvious that she over lines their lips. It’s bad enough that the Kardashian sisters wear too much makeup in general. Joyce has been credited with giving the family the sculpted contouring look that’s become so popular on Instagram. Other girls have been making themselves into mini versions of the Kardashian sisters, which has crossed into Stepford Wife territory. 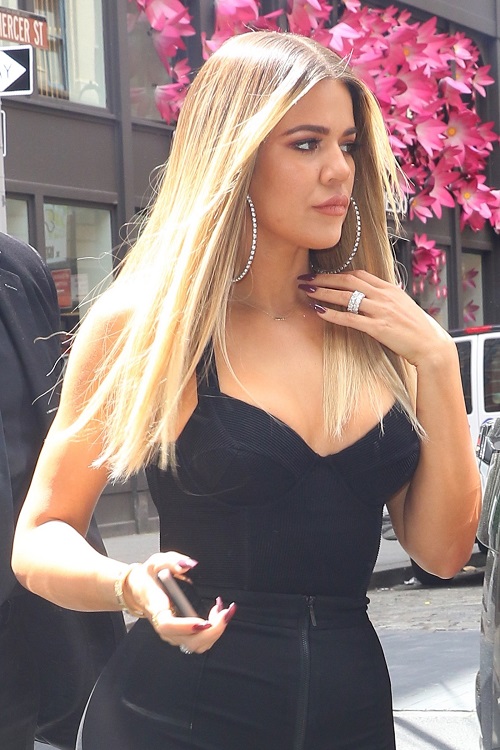 As for Khloe’s makeup look, hers has shifted into a natural look lately. It could be the reason why she looks so different these days. Contouring was Joyce’s go-to technique when she works with the Kardashians. Now she wants to less of it.

She’s just learned how to do it in a blended, less obvious way. It’s took her nearly a decade to figure it out. Joyce said that she’s gotten bored of the look she started – the overly groomed eyebrows and the layers of makeup. She also admits that she had something to do with the trend. Joyce says that less is more when it comes to her new makeup line, which launches this fall.

What are your thoughts on Khloe Kardashian’s new look? Do you think she’s gotten a nose job? Or do you think it has to do with her makeup? Sound off below in the comments section and check back with CDL for more Khloe Kardashian news and updates.

She is so crazy but I love her crazy little self!