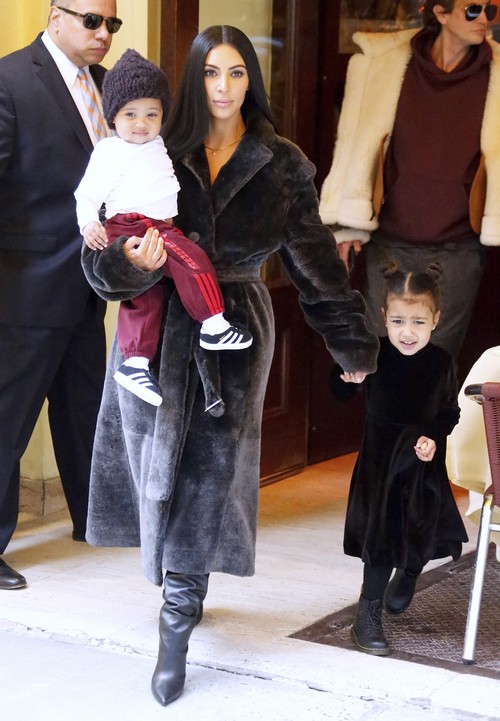 It looks like Kim Kardashian is back to her old habits again. The ‘Keeping Up With The Kardashians’ star was spotted parading North West and Saint West on a shopping trip in New York City this week. Unfortunately 3-year-old North looked like she wanted to be anywhere but with her mom and little brother. Kim’s husband Kanye West was nowhere in sight.

Kim was spotted leaving Cipriani with North and Saint. She then met up with her close pals Simon Huck, Jonathan Cheban and Stephanie Sheppard for a shopping trip. Kim held Saint in one hand and held on to a rather grumpy looking North West while they were making their way through several different stores. 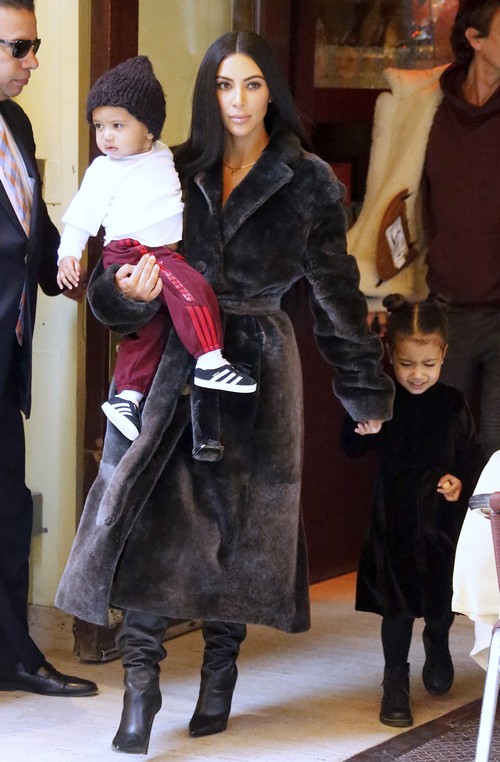 Kim has been out of the spotlight for months following her horrific Paris robbery back in September. The reality television star was bound, gagged and dumped into a marble bathtub before thieves took off with an estimated $10 million dollars worth of jewelry.

Many insiders say that Kim Kardashain has been through hell these last few months. Not only was she robbed in Paris, but she also had to deal with her husband Kanye’s complete mental breakdown and hospitalization. There were even multiple reports indicating that Kim was ready to pull the plug on her marriage to Kanye. 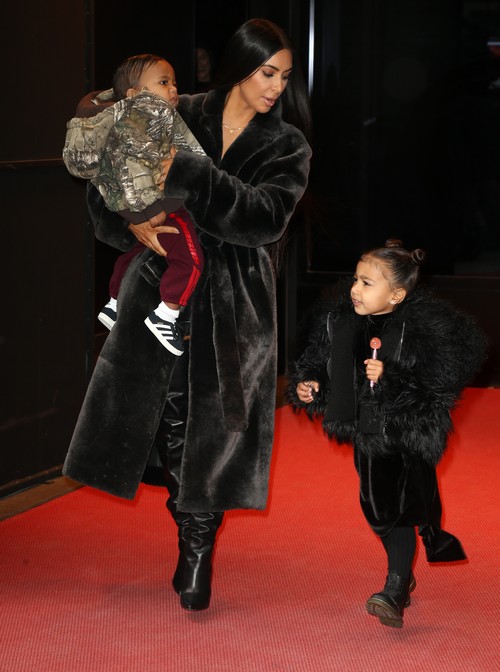 Of course, no one knows what is really going on between Kim and Kanye behind closed doors. But it hasn’t been easy on Kim and it surely hasn’t been easy on her kids as well. Insiders say she wants to normalize her life again for the sake of her children, North and Saint. She knows that she can’t hide behind forever and that’s why she’s slowly but surely putting herself back in the spotlight.

So does this mean that the old Kim Kardashian is back? Many fans say that might be the case. After all, she’s posting photos on her social media accounts again. She also just got back from a family vacation in Costa Rica. Kim is making it pretty clear that she is ready to have her old life back again – if that will include Kanye West remains to be seen.

Take a look at our photo gallery below of Kim Kardashian, North West, Saint West, and friends below and let us know what you think. Is Kim ready to talk to the media again? Also, don’t forget to check back with CDL for all the latest news and updates on Kim Kardashian right here!