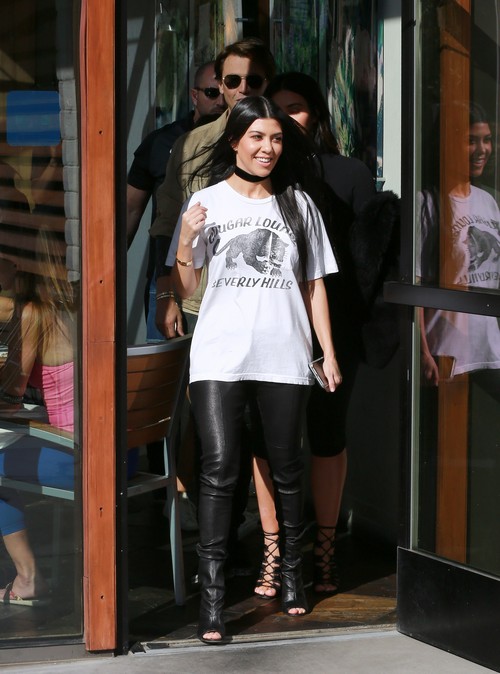 Kourtney Kardashian was seen earlier this week with new boyfriend Younes Bendjima, a 23 year old Parisian model that she has reportedly been seeing for the past several months. It seems as if Kourtney Kardashian and Scott Disick’s on again, off again relationship may finally be over for good. It is being reported that Kourtney has moved on from Scott and is involved in a hot new romance.

Kourtney and Younes met last October and were even clubbing together during Kim’s infamous hotel robbery in Paris last fall. Apparently the new couple is still in the casual dating phase and even though he lives in Paris, he also splits his time in Los Angeles and he and Kourtney make time to see one another whenever he is in town. Until now the couple has opted to keep a low profile, but they were pictured shopping and going to lunch and it seems as if they are becoming more comfortable with the idea of being public. 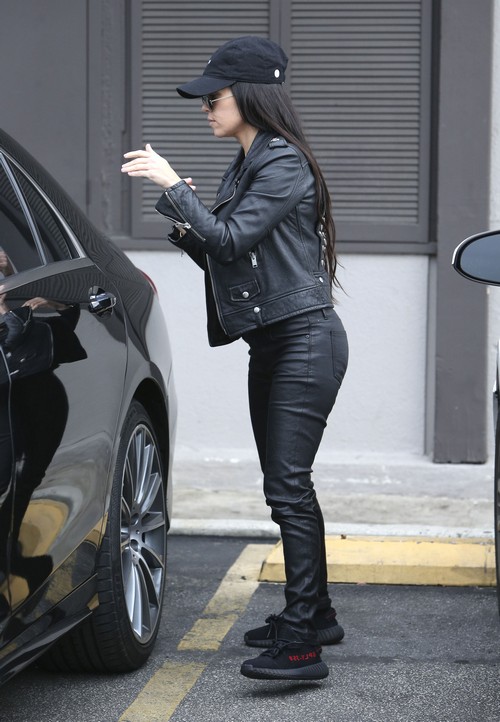 This is not the first time Kourtney has been linked to a much younger man. There have been reports in the past that she and singer Justin Bieber, also 23 years old were at one time dating, although those rumors were never confirmed. Kourtney 38, has of course spent many years breaking up, and reconciling with Scott Disick, who is the father to her three children, Mason, Penelope, and Reign.

Kourtney and Scott’s stormy relationship has been well documented in the media and on her family’s reality show, “Keeping Up With the Kardashians”. The couple has never married, even though they share three children and are questioned periodically about marriage by her family. Scott has struggled for years with his sobriety and has checked himself into rehab on more than one occasion. 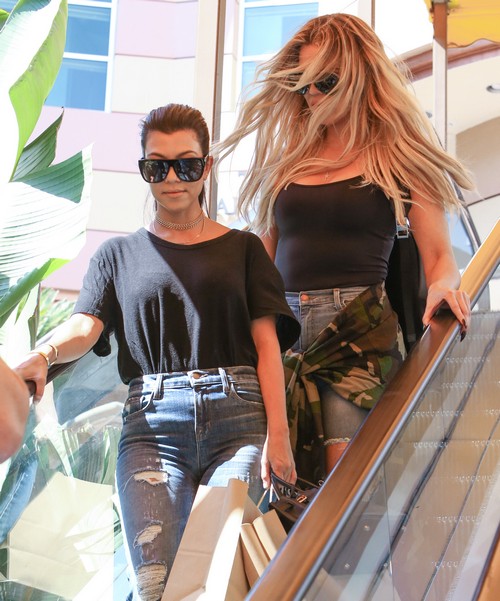 Scott Disck has a pattern of doing well for a short time and then he falls back into his old pattern of drinking and partying. Cheating allegations also plague the couple. In the summer of 2015, Scott was pictured photographed on a beach getting cozy with his stylist. Kourtney Kardashian has called off their relationship numerous times due to Scott infidelity, or her inability to trust him. And on a recent episode of “KUWTK”, Kourtney’s sister, Kim recalls finding another woman in Scott’s hotel room.

It’s too early to tell if this new romance with Kourtney and Younes will last, but given the fact that Kourtney has gone public with her new beau, she is certainly giving the appearance that she is over Scott for good. Come back to CDL for all your news on Kourtney Kardashian