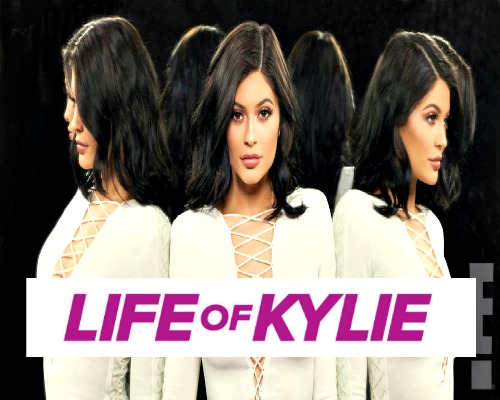 Kylie Jenner’s new reality show is being slammed even though the first episode hasn’t even aired yet. Kylie’s show, “Life of Kylie” is supposed to debut in August on the E! Channel, but according to the Daily Mail, the show is nothing short of dull and now network executives are worried that the show is going to be a total flop.

So, how could the show centered around the teenage business mogul be such a flop? After all, her life is ripe with drama. She famously dated rapper, Tyga, while he was still seeing Blac Chyna, who also happened to be a friend of Kylie’s older sisters, Kim and Khloe Kardashian. Blac Chyna would eventually go on to date and have a baby by Kylie’s half-brother Rob Kardashian. Of course Kylie eventually ended her relationship with Tyga to date Travis Scott, one of today’s most popular rappers.

Sounds like lots of potential storylines for her reality show, right? Well, according to sources, Kylie does not want to discuss her past drama with Tyga, nor does she want to discuss her current relationship with Travis Scott. Instead, she only wants to talk about her social media and business ventures. Basically, her entire show will be about her Instagram selfies and lip gloss line.

Apparently the head honchos at E! are worried they are going to have a “disaster” on their hands when the show debuts this fall. Sources went on to describe the situation saying, “Based on what they’ve seen so far, they fear they have a real dog on their hands. It’s been testing poorly, even with die-hard Kylie fans. They’re not finding her interesting enough to watch for an entire episode.” They also went on to describe Kylie, saying, she “comes across as dull and wooden” 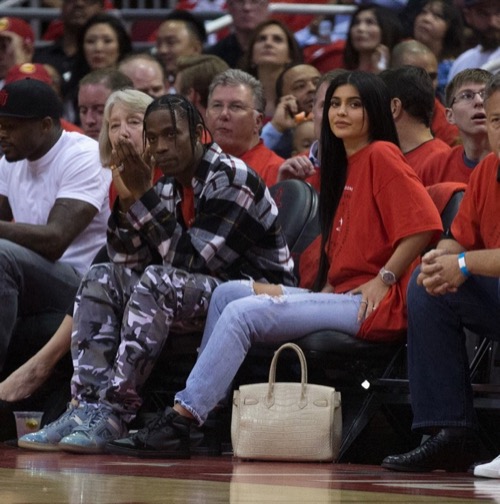 HOUSTON, TX – APRIL 25: Houston rapper Travis Scott and Kylie Jenner watch courtside during Game Five of the Western Conference Quarterfinals game of the 2017 NBA Playoffs at Toyota Center on April 25, 2017 in Houston, Texas. NOTE TO USER: User expressly acknowledges and agrees that, by downloading and/or using this photograph, user is consenting to the terms and conditions of the Getty Images License Agreement. (Photo by Bob Levey/Getty Images)

The top brass at the network are desperate to salvage the show and are desperately trying to come up with ideas to inject drama into the boring reality show. They even had the idea of making Kim a prominent figure on the show, but Kylie does not like that idea at all. When confronted with the possibility of adding Kim to the show to spice things up, the source says, “Kylie is resisting. It’s her show, and she doesn’t want it to be about Kim or anyone else”. Of course, if her show is as boring as it is rumored to be, it sounds like she won’t have her own reality show for long.