Lil Kim is now a person of interest over a robbery that occurred this weekend. TMZ, among other outlets are reporting that the Los Angeles police department is confirming that Lil Kim is being looked at as a potential suspect.

It all started when Lil Kim rented a house so she could throw a BET weekend party, but when she showed up to the house, she was not satisfied and asked for a full return on the deposit she put down, but the property manager declined her request. Lil Kim reportedly became angry about not receiving her refund and the police were called. However law enforcement declined to get involved, citing the fact that it was a civil, not a criminal matter.

Lil Kim and her crew left after the police, sans deposit check, but around 4 a.m. the next morning, a group showed up donning ski masks and brandishing weapons. They took Lil Kim’s deposit check and cash totaling $20,000. The robbers also reportedly slashed the property manager’s tires and stole a hubcap before finally leaving. This has prompted the LAPD to launch a robbery investigation with Lil Kim being named a suspect. 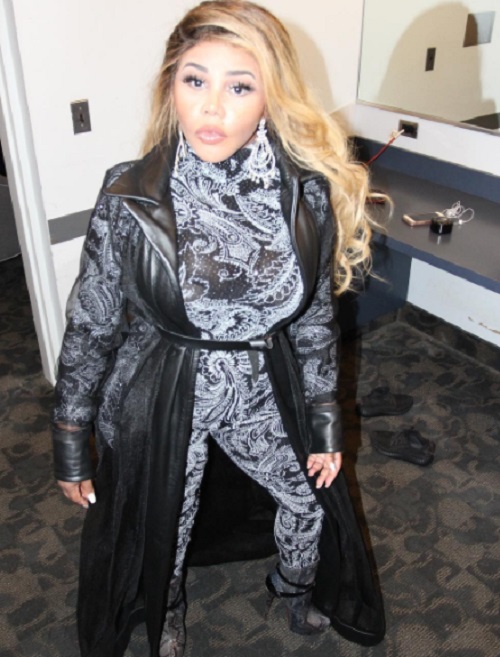 The Grammy winning star was scheduled to make an appearance at the BET Awards Sunday and had wanted to throw a party to celebrate the awards show, as well as her 5th studio album, along with a mixtape titled, Lil Kim Season 2: The Originals. Both the album and mixtape are scheduled to drop later this year.

This in not the first time the star has faced legal trouble. In March 2005, Lil Kim was convicted of three counts of conspiracy and perjury for lying to a grand jury about her co-manager’s involvement in a shooting outside of a radio station in 2001. Lil Kim had originally told the jury that she was not near her co-manager at the time of the shooting, but security camera’s near the area where the shooting took place told a different story. She was later sentenced to 1 year and 1 day in prison, as well as 30 days home detention, and 3 years probation.

So far, representatives for Lil Kim have not commented on the robbery or the LAPD’s investigation.