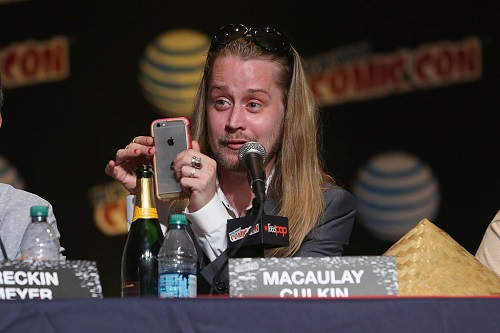 Macaulay Culkin and Mila Kunis ended their eight-year relationship in 2014.  According to new reports, Macaulay is now dating Brenda Song – although it’s possible that Brenda is just using Macaulay for his fame.

Culkin was photographed with Song on July 23rd after leaving a dinner date at Craig’s with Seth Green and his wife (on a possibly a double date), although Culkin and Song seemed to take great pains not to be photographed together.

Of course, Macaulay Culkin never looks happy to be photographed, and he’s one of the few former child stars who is still incredibly famous but stays completely out of the spotlight. With that being said, both Macaulay and Brenda Song are starring in Seth Green’s new film, ‘Changeland’, and Macaulay has recently been making more of an effort to get into the Hollywood game, so to speak. He’s been working more frequently, he’s been reconnecting with colleagues, and again, he’s a big enough name that it’s relatively easy for him to re-enter the world. 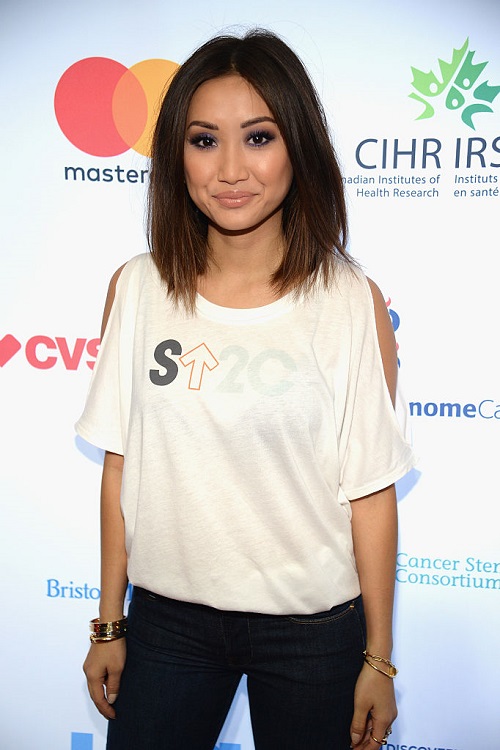 However, while his intentions in this could be entirely pure, the fact that they were photographed at Craig’s raises some eyebrows. Craig’s is a known paparazzi haven, with photographers constantly waiting outside the restaurant at all hours of the day, seven days a week.  Knowing Macaulay Culkin and his penchant for privacy, it seems very unlikely that he would have chosen such a popular restaurant – which leaves either Seth Green or his rumored girlfriend, Brenda Song, as the culprits.

There are a few whispers that Brenda Song is using Maculay Culkin to raise her own profile, especially since his reticence to be seen in public seems to have reduced drastically. While Song is a big name among the Disney set and with younger fans, she’s had some difficulty breaking into the mainstream film world, despite her work ethic and constant hustle.

She is still best known for Disney’s ‘The Suite Life of Zack and Cody’, and as such, trying desperately to break out of the Disney mold. However, she may be hoping that starring in ‘Changeland’ and dating Macaulay Culkin will change that, and at the end of the day, both she and Culkin do have a lot in common, what with being child stars and growing up in the spotlight.

We’ll have to wait and see whether their relationship actually is genuine, or whether the paparazzi and media jumped the gun on calling it a romance. Either way, it does seem like Macaulay Culkin is more prepared to face the world of Hollywood again, whether he’s dating Brenda Song or not.  What do you guys think? Are Macaulay Culkin and Brenda Song dating, and is Brenda using him to raise her own profile? Let us know your thoughts in the comments below.