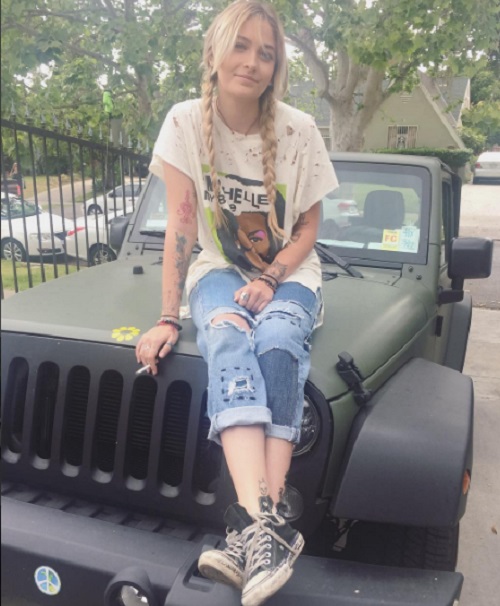 Michael Jackson’s daughter, Paris Jackson, was photographed hanging out in Harlem with Macaulay Culkin. The aspiring model has been through her share of ups and downs over the years. She admitted on Instagram that she attends Alcoholics Anonymous meetings. So, what is the impressionable teen doing hanging out with Macaulay Culkin, of all people, in the early hours of the morning?

Both the 19-year-old socialite and the 36-year-old actor looked worse for wear. Paris Jackson was dressed down when she enjoyed some quality time with her infamous godfather. The two were seen hitting up the nightclub, aptly called Paris Blues in Harlem, New York. Paris Jackson and Macaulay Culkin hung out at the club until 4 a.m.

The photos surfaced on the Daily Mail the same day that Page Six reported Paris Jackson has become the new face of Calvin Klein. Paris Jackson looked far from the model she’s becoming. She wore a denim jacket, gray T-shirt, and tie-dye leggings. She paired her bizarre look with a tribal print shoulder bag and UGG boots. Both Paris and Macaulay were spotted smoking cigarettes outside the jazz club, just days after she was said to be one of the many rude celebrities who lit up inside the bathroom at the Met Gala. 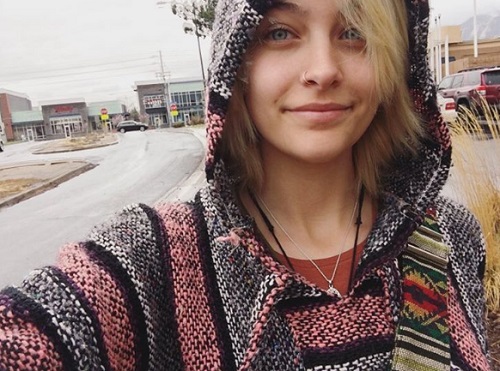 According to sources, Paris Jackson left Macaulay Culkin’s apartment at midnight. They then headed over to Paris Blues. They stayed until 4 a.m. It’s a little odd that she would hang out with her godfather like they’re best friends. It’s also odd that he’s a godfather to the burgeoning model and actress since he is only 17 years older than she is.

Michael Jackson, who died in 2009 at the age of 50, was a huge fan of Macaulay Culkin’s work. The child star would often spend time at his Neverland Ranch in California. Paris Jackson and Macaulay Culkin remained close over the years. The two were also seen hanging out back in April shortly after she split from boyfriend Michael Snoddy.

Paris Jackson’s career is taking off thanks to nepotism. Page Six reported that she signed a seven-figure deal with Calvin Klein.

“This deal is to make Paris the new face and body of Calvin Klein. The deal – which is just about to be signed – is huge, worth seven figures, many millions. Expect to see Paris in huge ad campaigns and on many red carpets in Calvin Klein.”

This career transition is a bad idea for a teen who’s been through a lot. Last year, she revealed that she’s been attending Alcoholics Anonymous meetings, reports the Daily News. Paris Jackson also attempted suicide in 2013 after she was cyberbullied online. The teen has suffered from severe depression after her father’s death and has not handled the scrutiny she receives on social media. Hanging out at a club late at night with your godfather who’s had his share of substance abuse problems doesn’t sound like a sound idea. 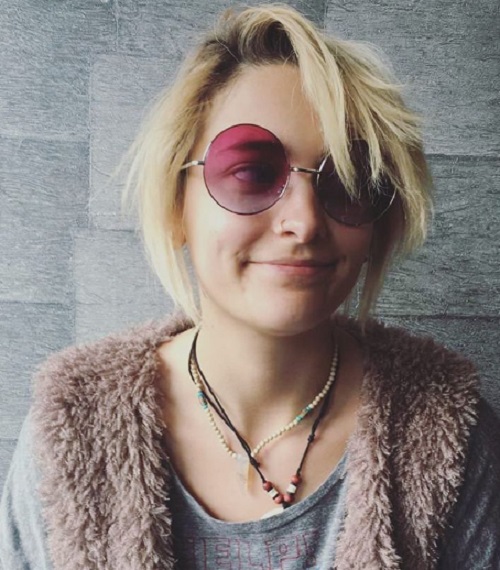 What do you guys think?  Share your thoughts in the comments below and don’t forget to check CDL for more Paris Jackson news and updates right here.