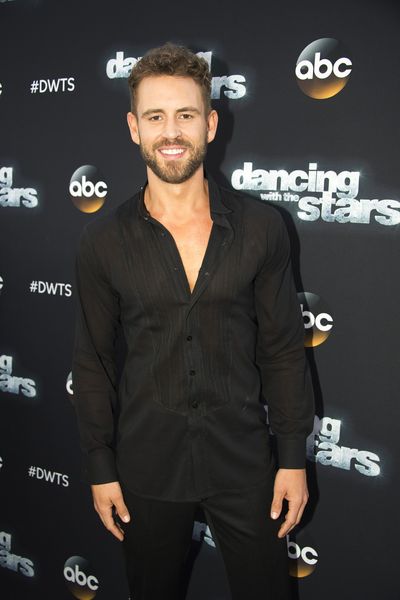 Tonight on ABC The Disney spirit shines in the ballroom as Dancing With The Stars returns for the fifth episode of season 24 and it is Disney Night. Former The Bachelor Nick Viall and his professional dancer Peta Murgatroyd took the DWTS stage tonight and danced the Jazz to “I’ve Got No Strings” as sung by Dickie Jones from “Pinocchio.”

Judge’s comments on Nick Viall’s DWTS Season 24 episode 4 Jazz:  Julianne: Oh my gosh that was so much fun! We had such a good time. You don’t need strings.  Bruno: You’re alive! Whatever was stirring last week I snow exploding. It had spontaneous child play. Especially the cross-dressing! Carrie Ann: This is truly a breakthrough, I think from here on out we are going to see something extraordinary.  Len: That was the dance that sums up Disney, fun, entertaining, and full of the feel good factor. Watching that dance, you made me feel better.