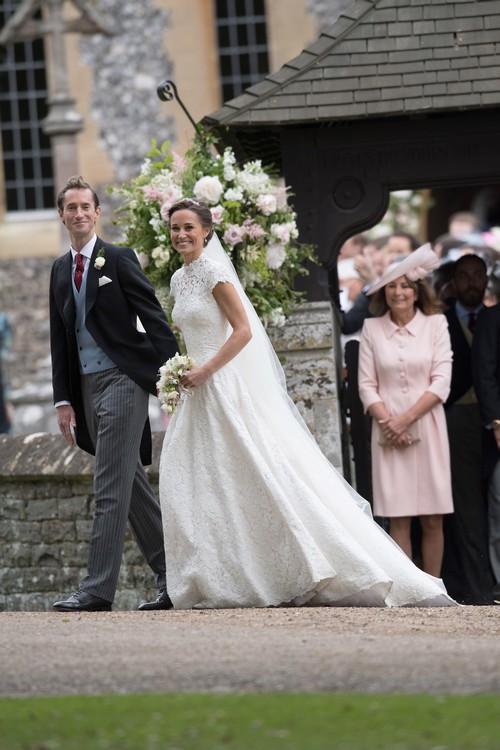 Pippa Middleton was the center of attention at her wedding, especially since Meghan Markle mysteriously skipped the marriage ceremony. She finally got married to James Matthew on Saturday, May 20. No one upstaged the bride, not even her sister Kate Middleton scolding Prince George and Princess Charlotte. Pippa walked down the aisle wearing a high-necked, lace-bodied wedding gown by Giles Deacon.

It was not a curve-hugging wedding gown as reports previously speculated. Pippa didn’t even want her bum to become the center of attention for her wedding day. That’s not the only designer that Pippa wore on her wedding day. Her face was covered by a tulle veil dotted with pearls and designed by milliner Stephen Jones, reports The Telegraph. Pippa also wore a Maidenhair fern tiara designed by Robinson Pelham, and ivory satin pumps designed by Manolo Blahnik that featured pearl details. It’s a customized version of the £715 Seneca bridal heels. 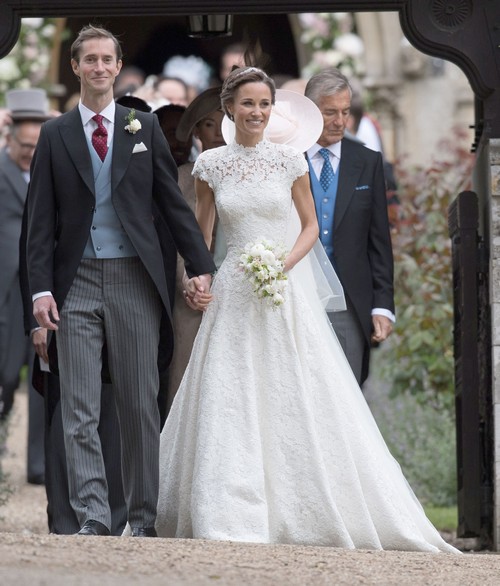 She also wore something old. Pippa returned to the same Robinson Pelham pearl earrings she wore for her sister’s royal wedding in 2011. That was the very same wedding where Pippa stole the attention from her sister Kate Middleton. Her floor-length fitted bridesmaid gown was designed by Alexander McQueen. Though Pippa doesn’t have much of a backside, stylist Sarah Burton made sure that it emphasized her bum. Her backside seemed to generate a lot of media attention.

Pippa didn’t understand the reaction behind her bum either. She can’t believe that she already reached “global recognition” before her 30s, thanks to her sister the Duchess of Cambridge. Just hours after Kate and William’s wedding, a Twitter account dedicated to Pippa’s bum was created. Within hours, the account received over 1,000 followers, and now has almost 3,000 followers. The account is still up, but hasn’t been active since July 30, 2012. 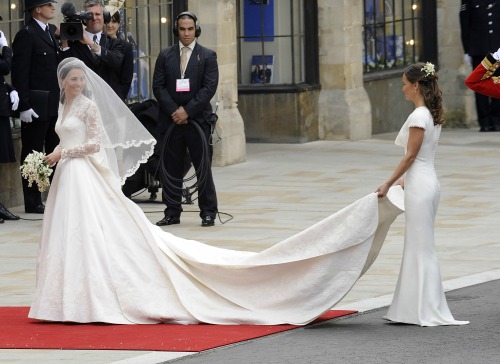 Not everyone understood the fascination surrounding Pippa Middleton’s bum. Some assumed there wasn’t much to admire, and others are still confused by it to this day. Some even managed to mention Pippa’s bum in British parliamentary debates, reports The Mirror. Pippa Middleton and Hedge Fund manager James Matthew got married in a lavish ceremony at St. Mark’s Church in Englefield. While others were happy to see Pippa’s wedding dress, some were expecting to see her bum. But, her bum won’t be getting as much attention on social media today.

Her wedding gown was an unlikely choice. Some thought she would’ve followed suit and wore a satin gown. Giles Deacon said he was elated about working with Pippa. He was proud that he and his team got to show off his work at her wedding. What are your thoughts on Pippa Middleton’s wedding gown? Sound off below in the comments section and come back to CDL for all your royal news and views!