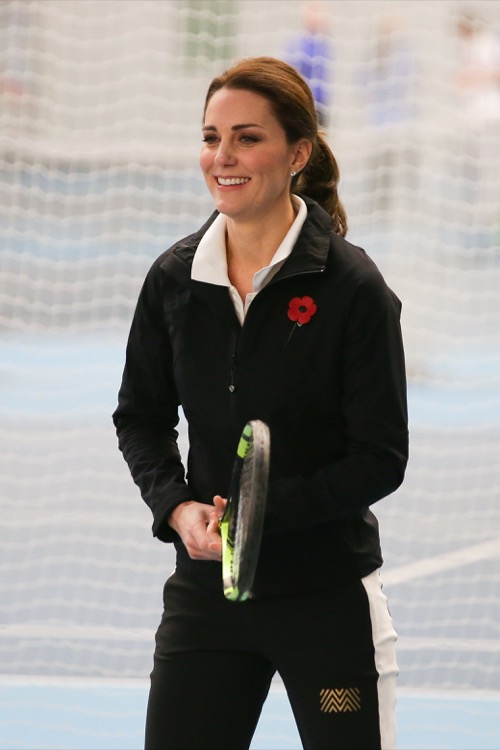 Pregnant Kate Middleton has managed to show off her sporty side once again, despite having spent the last several weeks bedridden with severe morning sickness. As a matter of fact, the Duchess of Cambridge didn’t look or act like she was pregnant at all while she was spotted playing tennis with kids during a royal engagement in London on Tuesday, October 31.

Kate has spent the last few weeks under the radar after she announced that she and her husband Prince William were expecting their first child. She was forced to cancel her royal engagements and public appearances because of her severe hyperemesis gravidarum.

Yet the Duchess looked like she was full of energy while she played tennis with a small group of young children at the Tennis for Kids session. The event encourages kid ages 5 to 8 to play tennis, which just happens to be the Duchess of Cambridge’s favorite sport. A lot of royal observers can’t help but wonder how Kate Middleton managed to recuperate so quickly. During her last two pregnancies, Kate looked visibly tired and agitated when she was forced to make public appearances at royal events even though she was undoubtedly miserable. 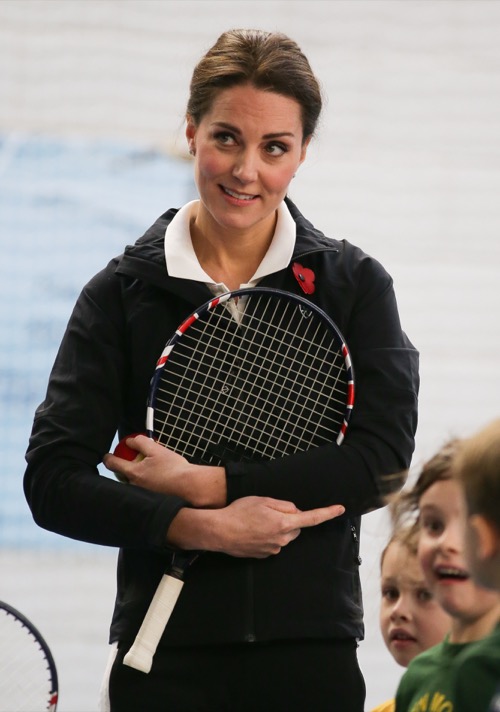 If there’s one person who is pleased to see Kate Middleton out and about again, it has to be Queen Elizabeth. Recent reports indicated that she was none too pleased after hearing that Kate had canceled all of the events in her calendar because of her pregnancy. Queen Elizabeth can understand that morning sickness is difficult to deal with, Kate has used this same excuse three times now.

Queen Elizabeth has had enough from all of the excuses that William and Kate make whenever it comes to getting their work done. She’s done tolerating their work-allergic ways and has made it clear that she expects them to act like professionals and not lazy, entitled royals. Kate can be pregnant with triplets for all she cares, but at the end of the day she still needs to fulfill her royal duties whether she likes it or not. And apparently, Kate got that message loud and clear.

So far Kate Middleton hasn’t personally made any comments about her pregnancy although reports indicate that she is due in April of 2018. In the meantime, don’t forget to check back with CDL for all the latest news and updates on Kate Middleton’s pregnancy and all of your favorite royals right here.