Prince George is set to become a tiny property tycoon as new reports indicate that he will inherit a McDonalds, Primark department store and even his own retail park from Queen Elizabeth. As a matter of fact, young George will take control of The Crown Estate from his great grandmother. He is currently the third in line for the throne, behind his grandfather Prince Charles and his father, Prince William.

According to Britain’s Express, Queen Elizabeth owns Bath Road Retail Park and the Banbury Gateway Shopping Park in Oxford, England. And while there’s a very slim chance that Prince George will ever personally buy anything from the shopping centers – or eat a Big Mac from the McDonalds there for that matter – he will inherit the shopping plazas from The Queen.

A lot of royal fans were even surprised to hear that Queen Elizabeth’s business portfolio includes a fast-food franchise. And while she doesn’t directly own a McDonalds, she does own all of the businesses that are located in The Crown Estate. The last time she visited Banbury was back in 2008. Even though the Queen doesn’t profit from any of the businesses owned by The Crown Estate, she does go over a business report to show the performance of the estate each year. 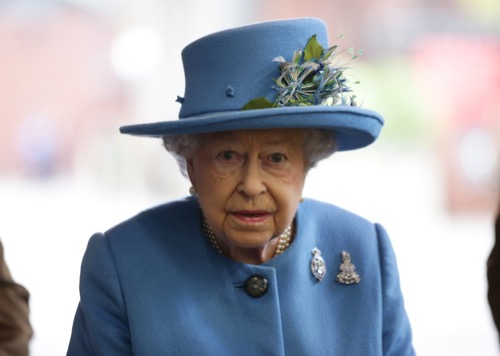 Once Prince William becomes King, there’s a good chance that the estate will go to his son, Prince George. Even though the royals live a luxurious life as it is, there’s a very good chance that Prince William and Kate Middleton’s children are going to be one of the richest royals in modern history. They already have net worth in the millions thanks to the undeniable influence they have in the fashion and style department, but that number will most likely increase as the children get older.

After all, William’s father, Prince Charles, is a keen businessman himself. He had his own royal deal with British grocery store Waitrose to sell his organic food line. The supermarket paid for the right to manufacture his Duchy products. If that weren’t enough, he Prince Charles also has several properties overseas, including a farmhouse in Transylvania. Seeing how he has a good eye for buying good real estate, there’s no doubt that his grandchildren might one day following his footsteps one day too.

In the meantime, don’t forget to check back with CDL for all the latest news on Prince George, Princess Charlotte and the rest of the royal family right here.