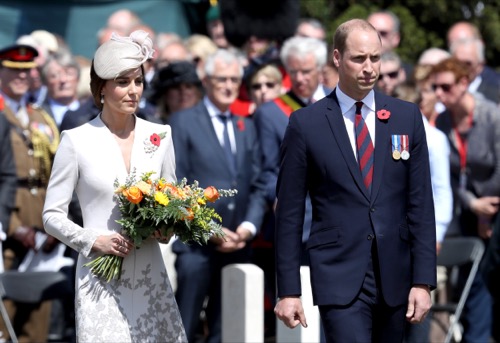 New reports indicate that Queen Elizabeth is feeling frustrated over Prince William and Kate Middleton’s behavior and their hands-on approach with their two children, Prince George and Princess Charlotte. The entire family recently traveled on the same plane on their state trip to Poland and Germany last month, which is something they shouldn’t have done.

Royal protocol says that Prince William isn’t supposed to travel on the same plane as Prince George and Princess Charlotte. And that’s not because the two tots are difficult to handle, but because as the heir to the throne, he shouldn’t fly on the same flight with his two royal heirs. This also means that as the third and fourth in line, George and Charlotte should be on separate flights as well. The last time Prince George and Princess Charlotte flew together with their father was during their trip to Canada last summer, too.

Of course, many royal observers aren’t surprised that Prince William and Kate Middleton are doing what they want, when they want. Kate has made it pretty clear that she wants to be a hands-on mother that is always there for her two kids. She’s made it no secret that she would rather take George to pre-school every morning and pick him up in the afternoon rather than work her royal engagements and public appearances. The Duchess will be faced with a huge dilemma soon as there’s no way she’ll be able to dedicate all of her time to her children as a full-time royal. That’s why both she and Prince William want to continue brining their children on their state trips with them so they can spend as much time as possible with George and Charlotte while they are still young. 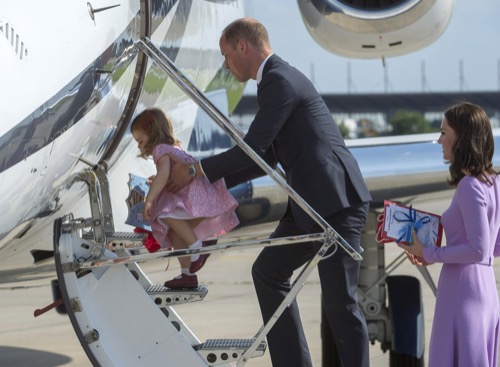 Buckingham Palace is yet to make any comments about Prince William and Kate Middleton’s public behavior. But seeing that they enjoy traveling with their children for the press attention, there’s a good chance that the Duke and Duchess will bring their kids on future trips, too. That means Prince William will most likely fly with Prince George and Princess Charlotte on the same plane, whether anyone likes it or not.

In the meantime, don’t forget to check back with CDL for all the latest news and updates on Prince William and Kate Middleton and the entire British royal family right here. Sign up for our Free newsletter by clicking here and get the latest breaking new on The Royals!