Queen Elizabeth Refuses to Give Kate Middleton a Sash Because of Poor Work Ethic? 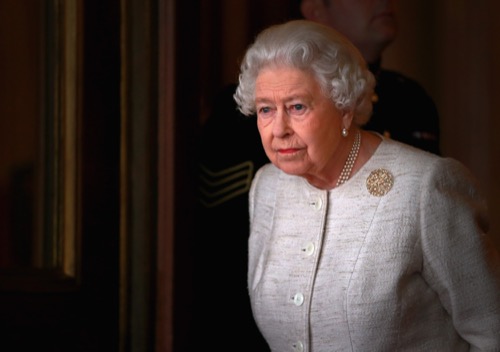 There’s new speculation that Queen Elizabeth is refusing to give Kate Middleton her royal sash because of her poor work ethic. A lot of royal observers couldn’t help but notice that the Duchess of Cambridge was the only member of the British royal family who didn’t wear a sash during Wednesday night’s state banquet with the Spanish royals at Buckingham Palace.

The royal sashes are actually called orders and are worn by every other senior member of the British monarchy. They are also considered official gifts from Queen Elizabeth and are given to family members for their service to the monarchy. Even the Queen’s cousins, children, and in-laws have sashes of their own. Unfortunately, Kate Middleton is yet to receive one.

Even though Kate Middleton has been a member of the royal family for six years, the Queen is yet to give her a sash. Many believe it might be because of Kate Middleton’s poor work ethic. Compared to other senior members of the monarchy, she only puts in half of the work that the others do. There’s a very strong possibility that the Queen wants to see Kate put in more effort into her work or at least take her role as a royal more seriously.

At this point though, it looks like Kate Middleton will never earn her sash. Even though she’s picked up the pace on her work load, it’s nowhere near the same amount that Queen Elizabeth used to put in, or even Prince Charles and Camilla Parker-Bowles for that matter. 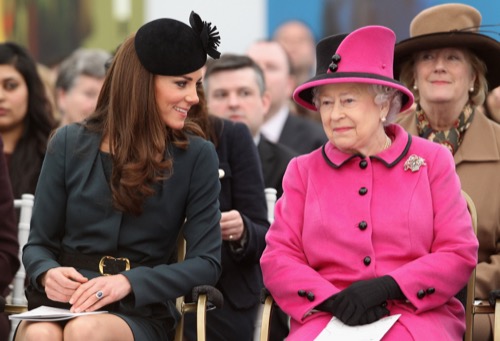 Plus, the Duchess has made it no secret that her family comes first, no matter what. When Prince George starts pre-school this Fall, she wants to make sure that she’s there for each and every school drop-off and pick-up. And if Kate Middleton expects to do that, there’s no way that she’ll be able to stick to her work commitments and be there for her children at the same time. Something’s gotta give. And for Kate, the choice is easy. She would rather sit at home than do more royal engagements and public appearances than anything else.

So far Buckingham Palace has not made any comments about Kate Middleton and why she is yet to wear a sash in public. In the meantime, don’t forget to check back with CDL for all the latest news and updates on Prince William, Kate Middleton and the entire royal family right here.