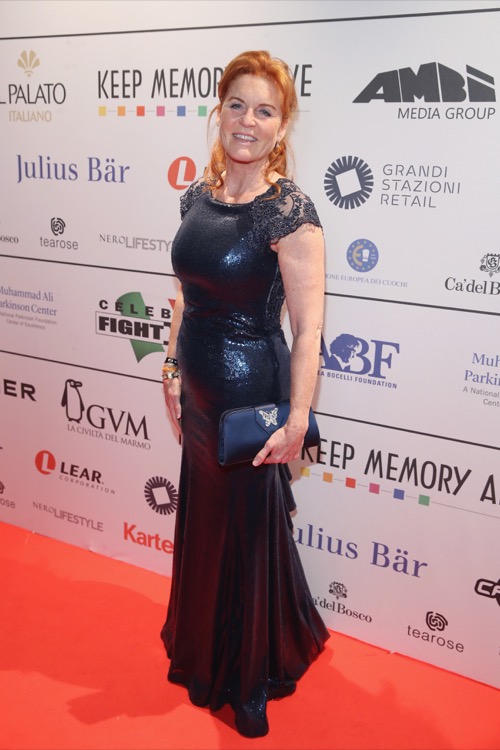 Sarah Ferguson recently stepped out with her ex-boyfriend Manuel Fernandez, making it pretty clear that a Prince Andrew reunion is no longer in the cards. The Duchess of York was spotted with the handsome businessman in Rome for Celebrity Fight Night.

Even though Sarah and Manuel ended their romance last year, it looks like their might be some leftover feelings and passion left between them. Sarah and Manuel even coordinated their looks in monochrome outfits, signaling that they might be spending a lot of time with one another behind closed doors. Many royal observers are quite surprised to see Sarah Ferguson and Manuel Fernandez together, especially since the Duchess has been spending so much time with her ex-husband Prince Andrew in recent months.

This of course might be good news for someone like Queen Elizabeth, especially since Prince Andrew is now free to marry whomever he wants to. Now that Prince William and Kate Middleton are expecting their third child together, Prince Andrew has been pushed down to the seventh in line for the throne. That means he doesn’t need The Queen’s permission to marry anymore. 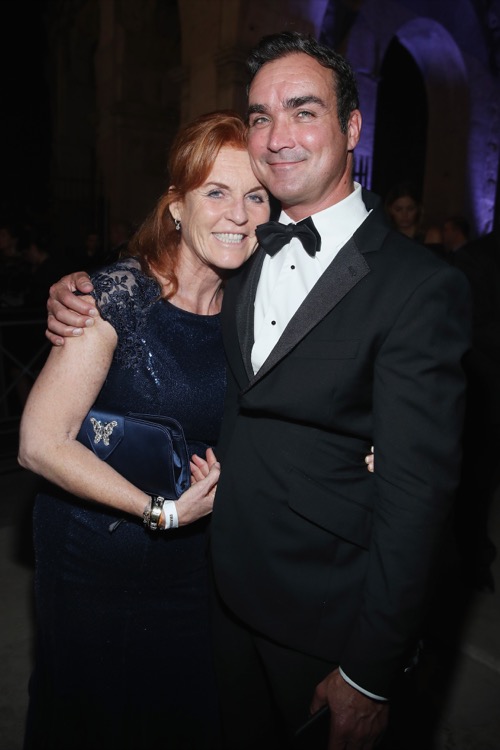 So far Sarah Ferguson herself has not made any comments about her new romance with Manuel Fernandez. Although royal fans will just have to wait and see if she and Manuel are serious about their relationship or if Sarah is just hanging on to Manuel as a way of making Prince Andrew jealous. Whatever the case, there’s no doubt that the truth will come out sooner rather than later.

Then again, Andrew might not be even paying attention to Sarah and her love life to begin with. Reports earlier this year linked Prince Andrew to pop star Kylie Minogue. He was also linked to Croatian bikini model Monika Jakisic, who just happens to be George Clooney’s ex-girlfriend, too. Clearly, Andrew has a taste for glamorous, stylish women who look nothing like his ex-wife Sarah.

Sure, Andrew and Sarah might be on good terms for the sake of their two daughters Princess Eugenie and Princess Beatrice, but that’s about it. At this point it’s safe to say that Prince Andrew and Sarah Ferguson might never get back together, even though they might want the media to think that they are.

In the meantime, don’t forget to check back with CDL for all the latest news and updates on Sarah Ferguson and the entire royal family right here.