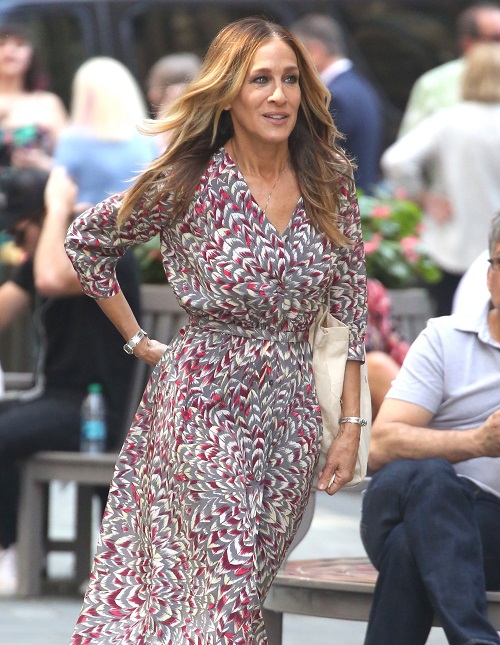 Sarah Jessica Parker may be filming her new show Divorce, but that doesn’t mean she’s getting one anytime soon. She proved that the couple is still as strong as they were when they got married 20 years ago. On Friday, May 19, the actress shared a note to her husband Matthew Broderick to commemorate their 20-year wedding anniversary.

She shared an old photo of the two on Instagram. The black-and-white photo showed a curly haired Sarah Jessica Parker looking lovely into Matthew Broderick’s eyes. She was also seen rocking a gorgeous black frilly gown. Meanwhile, Matthew looked dapper with his eyeglasses, black suit, white shirt, and white tie. In the caption, she wrote “good golly I love you.” It’s clear the two still have those feelings for each other to this day.

That same day Parker was seen filming scenes for her new HBO series Divorce. The Sex And The City star wore a gray and pink floral wrap dress that showed off her legs. As seen in the photos published on the Daily Mail, Parker paired her look with blue suede pumps. She wore her signature blonde hair down in waves and wore eyeliner. 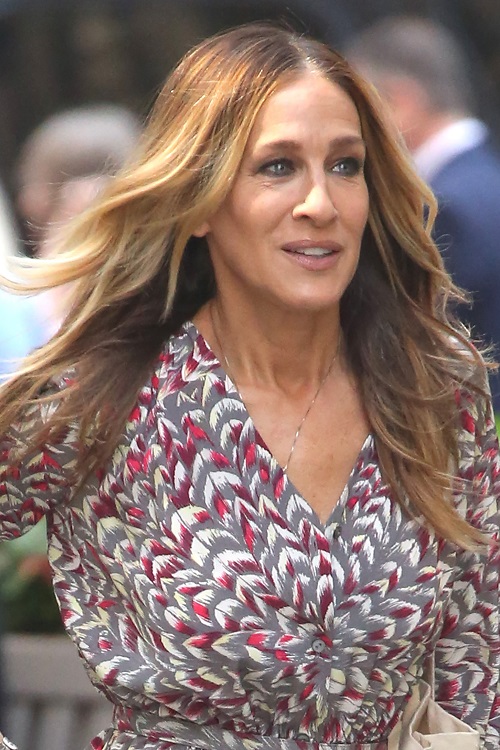 In the The Jess Cagle Interview, the 52-year-old opened up about what it was like to watch her new HBO series with her 55-year-old husband. Sarah says that her work is so separate from her real life. She doesn’t like to make comparisons between her work and her marriage. According to Sarah, Matthew has been in love with the series. He keeps telling his wife that “it’s just so good.”

That same month, Parker told reporters at the New York city premiere that there is no comparison between her character and her marriage to the actor. She clearly wanted to do something that allowed her to get outside of her comfort zone.

Parker remarked that she has played all kinds of characters throughout her career. She wanted to take part in these series to address the issues surrounding divorce, and that’s what caught her interest in the series. 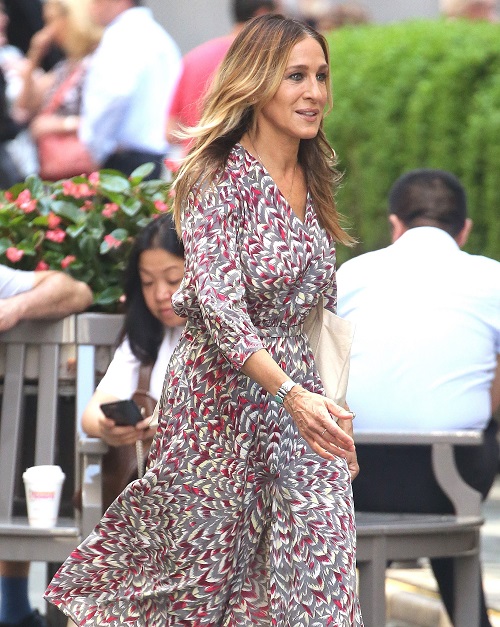 Sarah Jessica Parker was introduced to Matthew Broderick by one of her brothers at the Naked Angels theater company.  The couple married in a civil ceremony that took place at a historical synagogue in the Lower East Side of Manhattan.

Sarah and Matthew live in New York City where they split their time between there and their second home in Ireland. The couple shares three children together, James Wilkie, 14, and twin daughters, Loretta and Tabitha, 7.

Check back with CDL for more Sarah Jessica Parker news and updates here.

Sarah Jessica Parker will introduce her Book Club Central pick – and the author who will join her on stage! #alaac17 https://t.co/1k8TO7PKqc pic.twitter.com/Sm3kcVTfy9