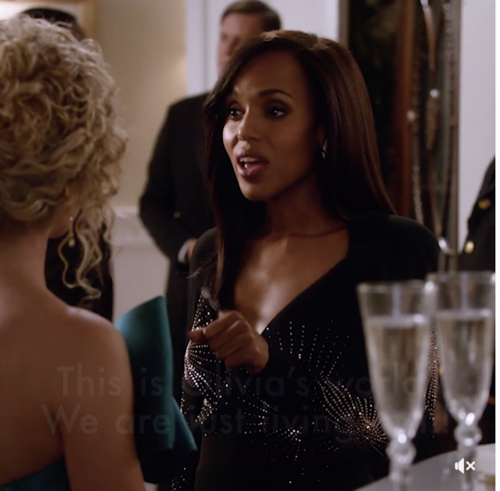 Tonight on ABC Scandal starring Kerry Washington continues with another exciting episode in an all new Thursday, October 19, season 7 episode 3 called, “Day 101,” and we have the Scandal recap for you below. On tonight’s Scandal season 7 episode 3 as per the ABC synopsis, “Fitz stays in Vermont and hides from the limelight during the first 100 days of Mellie’s presidency, adjusting to life as an ordinary citizen for the first time in years. Eventually, Marcus joins him to begin important work on his presidential library.”

Fitz arrives to meet his staff. Tad introduces him to everyone. Fitz pulls Tad aside and tells Tad to fire everyone. He tells Tad to call Senator Boyd and ask him for his job back. Fitz wants to do everything himself. Fitz takes a drive and heads to a store. Photographers are following him, snapping pics as he tries to cash out. He has trouble using his debit card. He heads home and cooks, reads the paper and takes a run with his bodyguard.

Day after day, Fitz repeats his daily routine. He makes a turkey and sits to watch the news alone. A man is being interviewed about a statue he finds offensive. Fitz shuts it off. He stands. He is restless. He starts going through his unpacked boxes. He finds a case with a gun in it. He stares at it before closing the box. He tries calling Marcus to check in. He gets voicemail.

Meanwhile, Marcus is in Havana. He has a one night stand. In the morning he asks her to stay but she tells him they can’t be seen together. He is a gringo.

Marcus arrives in Vermont. He and Fitz take a run. Marcus shows him the land where the museum will be built in his name. Fitz is excited about the future.

Fitz and Marcus are watching the news. Mellie is having a problem pushing a bill through. Fitz wants to step in. Marcus tells him he cannot. They need to focus on getting donations for the museum. Marcus wants to know how much Fitz wants Olivia to be a part of the history in the museum. Will she get her own wing? Fitz wants to get out of the house. He wants to go have a drink at a bar.

They arrive at the empty bar to have a beer. They discuss Mellie and Liv. They have not talked to either of them. Fitz thinks they need to let them go. He doesn’t want Liv heavily featured in his museum. She didn’t influence his presidency.

Fitz gets ready for a dinner. Marcus is watching the news reports that continue over the debate of the statue. He suggests he and Fitz could put some pressure on the situation. Fitz doesn’t think it is a good idea for them to stick their nose into the local politics.

At the dinner, Fitz tells the table of possible donors a great story about golfing. After dinner, the men sit and smoke cigars. Marcus brought them from Havana. One of the men refers to Marcus as chico. Fitz asks Marcus to fetch some more scotch. Marcus tells him to get it himself in front of the men. They head home. Marcus packs. He is pissed. But he tells Fitz it isn’t all about the scotch. He thought they were going to be a team. But they aren’t. He is just a glorified valet. And Marcus cannot believe what little credit he has given to Olivia to make him the man he is. He has turned her into just another black mistress. Marcus calls him a coward. Fitz hits him. They fight. Fitz’s bodyguard comes in and grabs Marcus. Fitz demands he let him go.

Marcus calls Mellie to tell her that he quits. She chuckles. She gets it. But he needs to stick it out. He is a golden ticket to change the world.

Fitz comes out of the bathroom after looking at his black eye and finds Rowan sitting on the floor. Rowan has a thousand questions about whether or not Fitz has noticed anything unusual in the house. He hasn’t. Rowan tells him that Liz is command. Fitz isn’t sure he believes it. Rowan demands Fitz take care of it. Fitz doesn’t want to. Rowan pleads. He has no power. Liv is slipping away into the darkness.

Fitz sits out on the front porch in the darkness with the gun Cyrus gave him. Marcus comes back. They sit together and talk things through. They apologize to one another. He asks Marcus if Liv is everyone’s world or just his? Marcus doesn’t answer. Fitz tells him that after the 100 days are up he needs to go back to Washington.

Fitz goes to meet the man Steve who is protesting the statue.  Steve is cold and tired and he wants to quit. Fitz talks him out of it. He gives Steve gloves and a warm hug. Days later, the statue Is taken down.