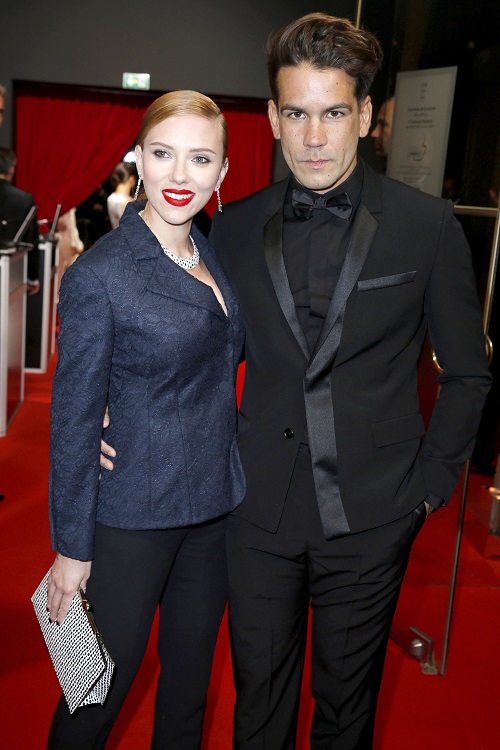 Scarlett Johansson’s new movie, Ghost in the Shell, flopped hard at the box office this weekend – and surprise, surprise, she’s out and about with her estranged husband, Romain Dauriac, days later.

Scarlett made an appearance with Romain at the Singular Object Art Opening Cocktail Reception in New York City this week, even though she and Romain were allegedly in the middle of a heated disagreement over the custody of their only child just weeks ago.

The two seemed comfortable and happy with each other, and a ‘source’ (likely ScarJo’s publicist) even told People, “She is trying to remain friendly and supportive. She wants to help him in any way in terms of his career.” 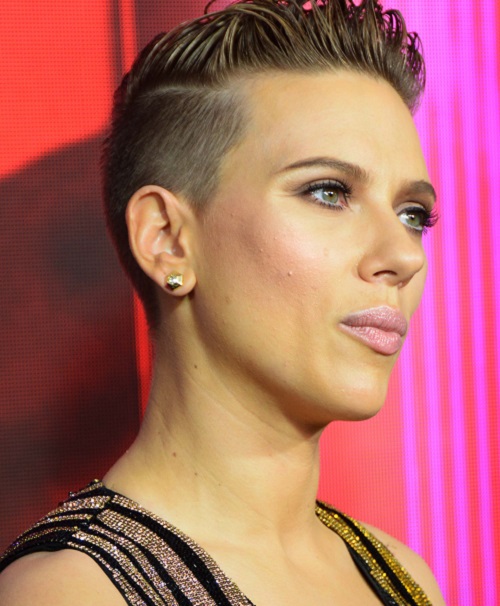 Again, this appearance is a drastic change of pace for the couple, who seemed all but ready to go to court for custody of their daughter, Rose Dauriac. So what changed? Well, Scarlett’s new film landed with a soft thud at the box office, that’s what changed.

Ghost in a Shell disappointed even the most conservative box office estimates, and fell well below what Scarlett Johansson’s previous films opened to. In fact, it was one of her worst openings ever, and dented her image as one of the few A-list celebrities in Hollywood who could open a film on her name alone.

And just as rumors started swirling about her box office potential, she suddenly steps out with her estranged husband, all smiles and happy faces? This is Hollywood, so very few things are coincidental – especially things that involve ex-husbands and movie premieres.

Scarlett had to know that all eyes would be on her, especially after Ghost in a Shell flopped, and she also had to know that the speculation would revolve solely around her career. So what did she do? She gave them something else, something positive, to talk about. 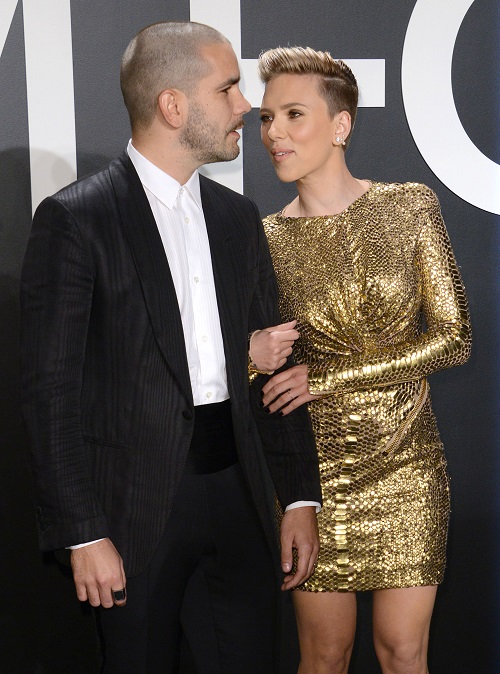 Look at ScarJo with her ex-husband, being all kind and genial and helping him with his career, and not fighting him over custody of her daughter. Isn’t that so generous of her? And within a few seconds, we’ve already forgotten about her box office failure.

What do you guys think about Scarlett Johansson’s appearance with estranged husband Romain Dauriac? Do you think it was calculated or a coincidence? Let us know your thoughts in the comments below, don’t forget to check CDL for more Scarlett Johansson news and updates right here.