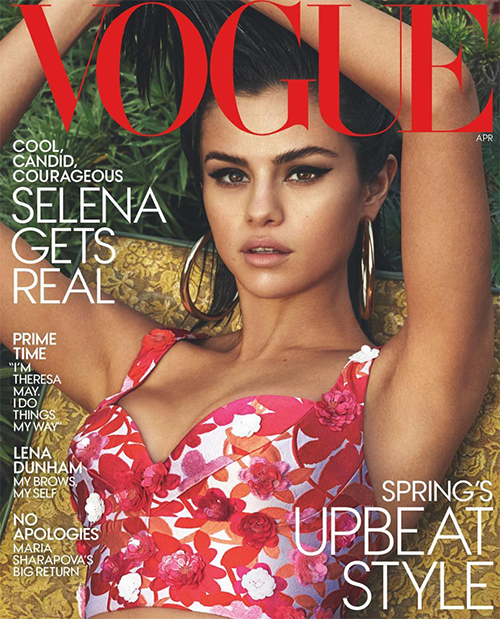 Selena Gomez is opening up about her struggle with her fame as part of her first cover story with Vogue Magazine. Gomez has never graced the cover of American Vogue before, and it was likely part of the deal that, along with the cover, the magazine would have a no-holds-barred interview with her about all the things she avoids in other interviews.

For example, she opens up about her health and Dialectical Behavior Therapy (DBT), explaining, “DBT has completely changed my life. I wish more people would talk about therapy. We girls, we’re taught to be almost too resilient, to be strong and sexy and cool and laid-back, the girl who’s down. We also need to feel allowed to fall apart.”

However, sources tell In Touch Weekly that Selena’s words might be a hint at something more to come. These same sources allege that Selena’s drinking habits have kicked back into full force as she accompanies her boyfriend, The Weeknd, on his tour. 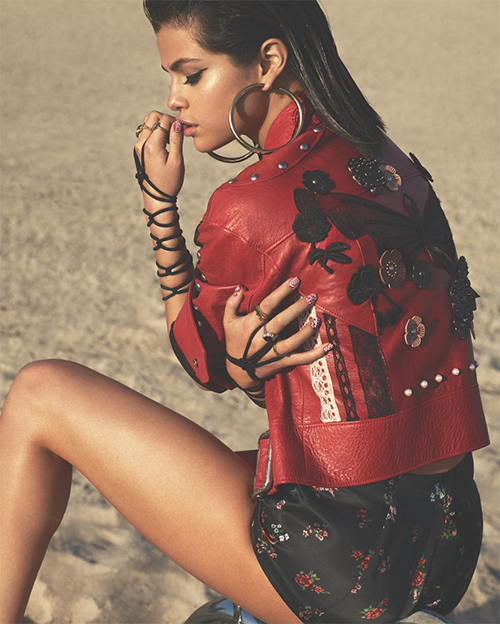 They explain, “She drank non-stop throughout his Paris concert, and that night they and two other friends basically spent the entire night awake so they could party. He just doesn’t seem to be a great influence on her. You would think if your girlfriend just came out of rehab, you would discourage partying, but that hasn’t been the case.”

The source also adds, “First, she gets depressed, then has massive anxiety, then starts drinking and partying way too hard. Then goes into denial and finally has a breakdown.”

Unfortunately, this is a pattern that afflicts many people, not just celebrities – although celebrities that have come from the Disney channel seem especially susceptible to mental health issues. But before we open that can of worms, we should note that Selena Gomez is one of the few Disney stars who has been open about her struggles with her health – and while she does seem to struggle with her relationship with her fame, she also does capitalize on it when it helps her. Fame is a double edged sword, and Selena – unlike other young stars – seems to inherently understand that and use it to her benefit.

Of course, it also backfires when tabloids are able to use her words against her, especially as recent reports of her falling off the wagon carry a hint of truth around them. In Selena’s own words, celebrities need “to feel allowed to fall apart.” So is she asking your permission to, in her words, ‘fall apart’?

I want to thank Rob Haskell for writing my story. I was a little nervous at how honest I was but you depicted where I’m at perfectly. I’m so grateful @voguemagazine @mertalas @macpiggott ❤️