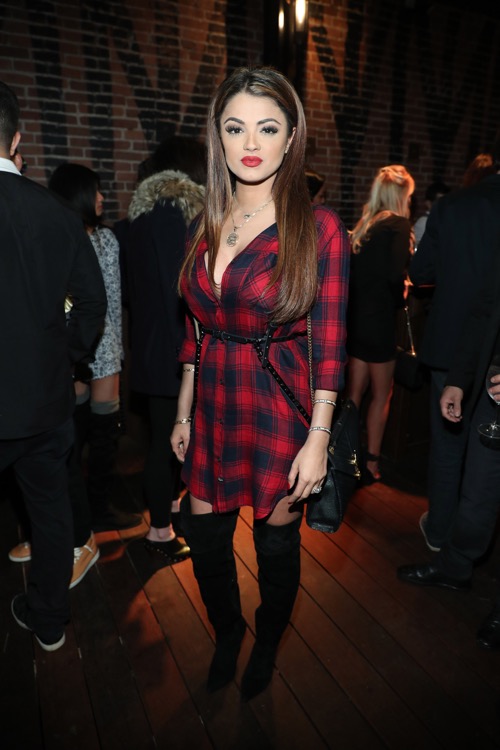 Shahs of Sunset’s Golnesa “GG” Gharachedaghi knew that her quickie marriage was a mistake. She went through with it anyway. She’s finally opening up about her marriage to Shalom Yeroushalmi. It didn’t work out as she planned. Quickie marriages never work as people planned. That didn’t stop her from going through with it though. The Shahs of Sunset star shocked fans when she got married on Jan. 25 in a courthouse ceremony after the two got engaged in Times Square last December.

GG is speaking out about her marriage in a new interview with E! News. She said that that she had a bad feeling just two days after they got married. She literally wanted to vomit. GG knew that her parents weren’t happy about her quickie marriage. She admits that she has a pattern of jumping into things without thinking them thoroughly. No, really? She loves to make “fast decisions in the moment,” and she knows that she’s paying for it now.

GG said that Shalom wanted to get married as soon as possible. He expected her to cater to his every whim. She didn’t want to become barefoot and pregnant. GG says she acts more like the man rather than the woman in a relationship. She’s not going to become a housewife just because she put a wedding ring her finger. She’s not the type who’s going to settle down and cater to her husband. That’s when she knew that the marriage wasn’t going to work out. Gharachedaghi also said that she really “never wanted to get married” and “never believed in marriage.” So, why did she accept Shalom’s proposal in the first place?

She said that her friends egg her on about her relationship issues. Gharachedaghi says she has “commitment issues” so she decided to marry the first guy who asks her, which never works out well. She “felt safe with him” at the time. “GG” said she “forced myself” to get married to him. She wanted to settle down just to see what it was like. But, she didn’t like the feeling two days in their marriage. Her ego got in the way, and she wanted to make him happy.

GG wore a turtleneck and ripped jeans for their courthouse ceremony. She would never wear such an outfit again, if she were to get married again. Gharachedaghi filed for divorce from Yeroushalmi in May. He refuses to sign the divorce papers, reports Page Six. He keeps telling GG he will sign the papers, but he never followers through. If he doesn’t, a judge may grant GG a default divorce after a considerable amount of time on Shalom’s behalf.