BY Kristine Francis on August 28, 2017 | Comments: Leave Comments
Related : Reality TV, So You Think You Can Dance, Spoiler, Television, TV 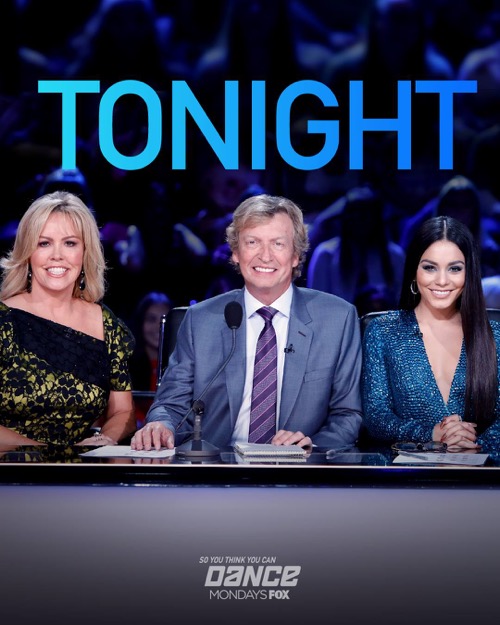 The All-Stars treated the audience to a performance of their own on tonight’s episode of “SYTYCD” and there was just something about them dancing to a RuPaul number and voguing their way into everyone’s hearts that reminded everyone watching why these people won.

They were beyond merely talented! They were also fierce and in complete control of every move they made. However, their protégés still had a long way to go and so tonight’s episode began with the Top 8 dancing for their lives. So up first was All-star Marko and Koine. The two danced a jazz number choregraphed by Mandy Moore and they had some fun with it as well as they danced to Fitz and the Tantrums’ “HandClap”. And so it was certainly enjoyable, but the judges’ opinion was what mattered most and luckily no one had anything negative to say.

The judges loved how energetic the dance was and how Koine and Marko were never once out of sync. But Nigel for one had felt the dance had showed off Koine’s personality and he along with the others thought she truly shined. So the next pairing – Robert and Taylor – had a lot to live up to. The two contemporary dancers were given a hip-hop routine by Luther Brown and they were dancing to Cardi B’s “Bodak Yellow” although naturally, the show decided to play the PG-13 version of the song and so the dancers had to go hard with the dance itself rather than the song.

Though the two went on to light up the stage and even the judges thought so. They were all astounded by what Taylor was capable of and therefore they congratulated the dancer from Minnesota that stepped it up. So Robert and Taylor’s had been a welcomed surprise and the judges had looked forward to the others possibly shocking them as well. And so the pressure was on Lex and Gaby. The two had been given a contemporary number by Mandy Moore and that had been Lex’s field yet tonight was the first time he was able to go back to it.

So right away it wasn’t going to be like the others. Lex couldn’t afford to screw up in his own field and so he gave everything to the number about a man struggling against himself with nothing but the woman that loves him trying to protect him. Yet, one of the things about this particular number that sets it apart from everything else was the tone it set. The two had danced to Luke Cage’s version of “Work Song” and so everything had been put in place to turn the one number into something that would clearly pull on the heartstrings. And you know what, it worked!

Lex and Gaby created a narrative that drew everyone in and the judges remained amazed by how much Lex brought to the table because of it. But Kaylee and Cyrus who went up next had brought something else to the stage. They brought a lightness and also a sense of humor with their cha-cha number and a lot of that had to be contributed to Val Chmerkovskiy. Val gave them a routine about a man being the unappreciated one in the relationship and so that set to Aretha Franklin’s “Respect” kind of put a smile on everyone’s face. And that turned out to be good for Kaylee.

The judges enjoyed her versatility and they had also congratulated her ahead of her All-star partner Cyrus. However, the dance was enjoyable and the two were feeling a little more secure about their positions when Comfort and Mark hit the stage. The next pairing had been given a Broadway number by Spencer Liff and it was definitely raunchy. The two were playing out a narrative in which Mark was a captive of a seductress that didn’t want to let him go and so they brought a certain level of sex appeal.

The two might have also gotten Nigel to blush because the first thing he mentioned once they finished dancing was the raunchiness. Although, Nigel and the others didn’t seem to mind it because they enjoyed the dance. Vanessa Hudgens remarked on the amount of control that Mark showed because even as he was flipped over there was never a moment he forgot he was dancing or let his body flail about. So the judges loved what they did and theirs wasn’t the only choreography that stood out. The judges would later come to love Jenna and Kiki. The two danced a jazz number set to some futuristic French music, but somehow Travis Wall made it all work.

The routine was unique and one of the judges commented that it was like a painting come to life because of the way the two had moved onstage. So it was entertaining and one of a kind yet tonight seemed to be the night for greatness. The next pairing had been Dassy and Fik-Shun and they were both traditionally Popping/ Animation. But tonight, they were just beautiful as they danced a contemporary number by Jaci Royale and more than anything Dassy proved that she could take on such a challenging field with ease.

Dassy was graceful and despite the odd hiccup she wowed the judges. Yet, everything went into this dance from the song “Breathe” by Son Lux to the red gloves she was wearing that eventually became the only thing anyone could see of her. So Dassy and Fik-Shun had simply been great and there was no denying that however All-star Allison went up next with her partner Logan and the fan favorites did bring something sweet to the table. They captured an image of a happy marriage with something of a lyrical vibe. And with their choreographer Christopher Scott guiding them, they were able to portray their “routine” as a walk down memory lane.

Which is usually pretty darn to capture, but Logan and Allison didn’t have any problem with bringing that to the stage. So the two were incredible together and the judges thought so as well. However, as the dances with the All-stars started to dwindle down, the contestants suddenly found themselves partnered up with other contestants. And so there were some nerves as well as a lot of giggling though in the end Lex and Taylor managed to tap into some chemistry for their jazz number. The number was about two birds falling in love and that set to jazz meant they had to portray every emotion from curiosity to desire before ultimately falling in love onstage.

But Spencer Liff gave the duo a routine that would tell that particular story well and so the judges fell in love with it. They all commentated on how beautiful it was and how they couldn’t find a fault even if they wanted to. So Taylor and Lex set the bar for the second half of tonight’s episode. They did incredible work and it later became Koine and Kiki’s job to live up to their example although Koine and Kiki had one major advantage. They had Val choreographing them a hot salsa number and there was some kissing at the end that may or may not have been planned.

So the dance did capture everyone’s attention and it was some phenomenal salsa dancing from nontraditional salsa dancers. It had Mary up and shouting for once and honestly there was no stopping once she got started! Though the dance invoked similar reactions in the judges. They had all loved it and they couldn’t help remarking on Koine and Kiki’s chemistry because it was simply that good! And truly everyone wanted to pull off something unique yet Travis managed to up the ante with Logan and Kaylee.

Kaylee acted as Logan’s shadow until she morphed into an escaping inner demon and it turned out to be just one of those dances that everyone felt for sure would be nominated for another Emmy. So besides the odd nitpick about straightening their legs, Nigel loved the dance and the others couldn’t help but agree with the sentiment. They thought it was a moving piece and as well as being artwork at its finest. And so their place in the competition seemed safe as well, but the two that had the most riding on their performance had been Dassy and Mark. Dassy and Mark had been in the bottom last week and so they had been trying to redeem themselves tonight.

They both danced wonderful routines with their All-star partner though their routine together had been a tough one because they had some trouble during practice. The two had an umbrella routine and the thing about using an umbrella as a prop was that it could easily go awry. So the two had some problems with throwing the umbrella up in the air and then catching it. And so Christopher definitely made the two work for every single thing they needed to get right. But the judges enjoyed their nice and quirky routine therefore the only ones that Dassy hadn’t been able to convince was the audience sitting at home.

Dassy, Kaylee, and Koine all ended up in the bottom three and the judges somehow came to the conclusion that Dassy should be the one that goes home…

… sorry, Dassy, the judges must have been out of their minds to eliminate you!