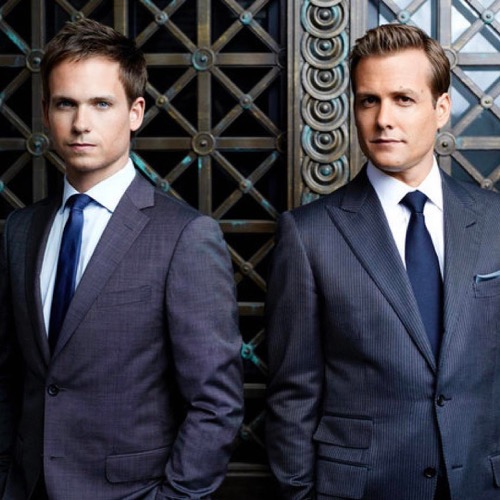 Tonight on the USA Network their critically acclaimed drama, Suits returns with an all-new Wednesday,  February 8, 2017, episode and we have your Suits recap below. On tonight’s Suits season 6 episode 13 called, “Teeth, Nose, Teeth,” as per the USA Network synopsis, “Rachel (Megan Markle receives a letter that creates an unexpected issue for Harvey (Gabriel Macht) and Louis; (Rick Hoffman) Mike’s (Patrick J. Adams) mentorship of Oliver and Marissa gets put to the test and Donna gets a surprise from the IT department.”

Tonight’s episode of Suits kicks off with Harvey at home, having a drink. Mike shows up unexpectedly at the door – he’s there to apologize to Harvey for snapping at him about Gibbs. They make amends and Mike joins him for a drink. He fills him in on his new job at the clinic.

Meanwhile at Mike’s apartment, Donna and Rachel are having drinks. Rachel is thrilled, she and Mike are finally planning their wedding, and Donna is going to be her Maid of Honor.

Harvey agrees to be Mike’s Best Man, and they are going to have a small wedding at Harvey’s house. Mike jokes that they will be on high alert to make sure that Harvey doesn’t try to hook up with Donna at the wedding.Louis is

Louis is excited for his girlfriend’s first sonogram, but she has bad news for him. Louis learns that the baby’s real father wants to come to the sonogram, Louis reluctantly agrees – but it is clear that he’s not happy about it.

At work the next morning, Harvey catches Donna shamelessly flirting with Benjamin the IT guy. She explains that she’s just doing it for Benjamin, he could use the little ego boost.

Mike heads to the clinic, he learns that his client Sofia is in the hospital and her rent is due – she’ll lose her apartment. Mike rushes off to make sure that she doesn’t wind up homeless.Rachel barges

Rachel barges in to Louis’ office, she shows him a letter from the Bar of Ethics Committee, they won’t even meet with her. She isn’t going to pass the bar if she won’t even be granted a meeting with the ethics committee. Louis reassures Rachel everything is fine, then he rushes to Harvey’s office and announces they have a situation.

Mike arrives at the lawyer’s office with Sofia’s rent money at 10:18, the lawyer refuses to take the check because it was due at 10:00. Mike rushes back to the lawsuit and tells them that they are countersuing the landlord, they are just evicting Sofia so that they can demolish the building. Mike agrees to let Oliver go to court and handle the countersuit, even though he screwed up last week. Oliver reassures Mike that he can handle it.

Benjamin has a surprise for Donna. It turns out that he hasn’t been crushing on her, he has been recording everything that she says. He invented “The Donna,” it’s a tiny box that plays over 2,000 of her greatest quotes. Benjamin explains that Donna always knows the right thing to say at the right time. He wants her to go in to business with him and sell “The Donna.” Donna decides to take “The Donna” back to her desk and try it out.

Mike’s countersuit works, the landlord’s attorney shows p at the clinic huffing and puffing. She offers Sofia $25,000 and cuts Mike a check. Mike takes the check to Sofia at the hospital, but Sofia has bad news, her son is going to need more asthma treatments because of the construction at their apartment building. $25,000 is not going to be enough. Mike warns her that going to trial is risky, but Sofia wants to take the chance and try to get a bigger payout.

Harvey gets a meeting with a member of the ethics committee. He schedules Rachel’s interview for 2 weeks away, but there’s a catch. He blackmails Harvey and says that the only way Rachel will pass the bar is if Harvey agrees to sue his competitor and drive down his stock. Harvey puts Louis on the case to investigate the company that he is supposed to be suing.

Mike pays the attorney a visit and gives her back the check. He tells her that Sofia won’t take anything less than $100,000. She scoffs at Mike that there is no way his legal aid team stands a chance against her in court because she knows that he is a fraud and can’t get anywhere near the bench.

Louis begs Harvey to meet up with him for lunch, after he hands over the research that he did on the company that Harvey is supposed to sue, Louis explains that he has personal problems. Louis is scared to go to the sonogram with his fiance’s ex. Harvey gives him a pep-talk, and reassures him that the baby will still be his, and he already won the girl.

It looks like Mike is going to trial. He makes a tough decision and tells Oliver that he isn’t going to handle Sofia’s case in court. Instead, Mike is sending in Marisa, a law student. Oliver is obviously upset, and he scoffs that Mike doesn’t have confidence in him.

Marisa comes to Mike’s office and informs him that she has to leave town because her father is sick. So, now it looks like he has no lawyer to handle the case. Mike goes to his boss and asks if he can sit with Oliver in trial, and he gets a resounding “no.”

Donna returns “The Donna” to Benjamin. She tells him that it’s just her quippy phrases and sarcasm, and doesn’t contain any of her heart or empathy.

Harvey meets with the member of the board of ethics, he learns that the company he is supposed to be suing is Velocity Data, now they just have to find a legitimate reason to sue them. Harvey drives a hard bargain, he counteroffers and agrees to the lawsuit as long as Rachel passes her bar, AND Mike gets a chance to take the bar exam.

Louis heads to the sonogram, he did all of this worrying for nothing, the baby’s father doesn’t even show up. Louis should be happy, but he and his girlfriend wind up getting in to a big fight. She goes in to the sonogram by herself.

Mike stays late at the office and gives Oliver a pep-talk. They head to court in the morning. Oliver is doing well, until the opposing attorney starts throwing documents his way. Oliver gets flustered and blows the cast, the judge dismisses it.

Benjamin won’t take no for an answer, he’s determined to make “The Donna” a thing. Now he’s working on giving the gadget empathetic feelings.

Later that evening, Louis visits his girlfriend at work and makes up with her.

Rachel pays Harvey a visit, she wants to know how he got her a meeting with the bar committee. Harvey admits that the guy holding up her interview was just using her as leverage. Mike interrupts their conversation and tells Harvey that he is in. He wants to take the bar so that he can help people, after seeing Sofia lose her case and being powerless to help her, Mike wants to become a legitimate lawyer.