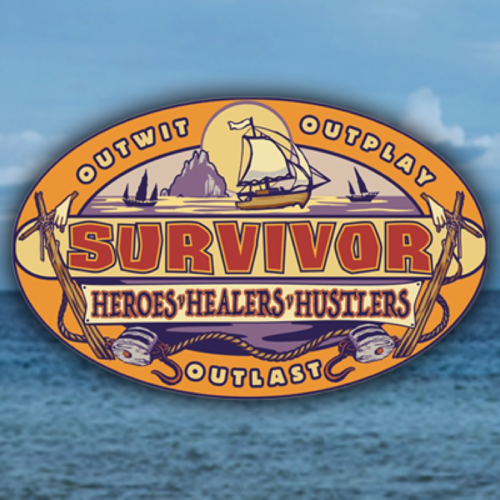 Tonight on CBS Survivor: Heroes vs Healers vs Hustlerss airs with an all new Wednesday, October 4, 2017, Season 35 Episode 2 and we have your Survivor recap below. On tonight’s Survivor season, 35 episode 2 called “I’m a Wild Banshee,” as per the CBS synopsis, “Two castaways find a clue and begin searching for a coveted idol; one player’s annoying behavior threatens to jeopardize their game; a romance blossoms between a pair of Healers.”

Survivor Season 35 Episode 2 begins tonight with 17 survivors remaining. On Night 3 at the Heroes (Levu) camp, Chrissy is happy thinking she is fitting in better now. She didn’t use the super idol for immunity at the Tribal council, but plans to use it later as a decoy idol. Alan says the tribal council was intense but his plan worked essentially as he created suspicion of JP and Ashley are a “power couple”; something both are desperate to prove isn’t true. Ashley thinks all Alan accomplished was putting a huge target on his back. The team is fractured and some feel it’s every person for themselves!

Day 4 the Hustlers (Yawa) camp are busy fishing and have built momentum, with some feeling they are in a good spot. Devon and Ryan are getting along really well; Ryan feels he has a connection with everyone but no one has been able to connect with Simon, saying she is weird and she should be working to blend in, because those who do, tend to escape.

Simon was terrified as she is not an outdoor person, she was excited to do an “aqua dump.” Simon plans to earn everyone’s respect by working hard, even willing to gut fish for the first time; Ali sees Simon’s value and hopes to use it to her advantage; seeing her loyal and feels he can mold her.

Day 4 with the Healers (Soko), Cole and Jessica are spending time together, he is digging the energy, they flirt a lot; he feels he could see himself with her. Joe is picking on Mike, he feels he is public enemy number one; he keeps telling people he thinks Mike has the idol, which makes it difficult for him to search for the idol, which he does in small “windows”, not to raise suspicion.

While out on one of his runs, he finds a clue on a tree; he shares the information with Cole. Cole smiles, when he reveals that the symbol is for the well, not the raft. He is confident that Joe will think he is a good resource. He goes with Joe and they dig and Joe gets the idol; he is now concerned that Cole has too much knowledge and might use it against him.

Day 5 with the Heroes, JP is fishing and wants to make sure everyone has a full belly and taken care of. He thinks being labeled as a power couple sucks because they aren’t hooking up or anything, so their connection is on the backburner now. JP and Chrissy walk and talk, she is trying to decide who to partner with to get further in the game. JP jokes about them being a “power couple” and who would have known.

She talks to Ashley, who she thinks is a good player but she just doesn’t trust her and isn’t convinced there isn’t a power couple. She feels Ben is the better option for her, he is more social as she is more strategic. Chrissy talks to Ben saying its either, him, her and Ashley or him, her and Alan as she isn’t sure of JP’s game; Ben is concerned after Alan blew up at Tribal and isn’t sure about him. Chrissy and Ben agree not to talk again, so people don’t suspect them.

Day 5 the Hustlers are looking for food, they find a crab but Patrick drops a crab because he is terrified of crabs. He calls himself a “wild banshee” who wants to have fun all the time. Lauren says Patrick is getting on her nerves as he wants to be the center of attention, he is too loud for her. He is a big kid – a 25-year-old boy, it’s very tough for her because she isn’t a social butterfly so she is trying to at least be on the same page with Ali. She confides in her and Ali is concerned that she can’t get on board with him either; they feel like they have to babysit him; making Ali think twice about their relationship.

Day 6 begins and Survivor host Jeff Probst welcomes all 3 teams; Ryan wonders of Chrissy used the idol he gave her and hopes she sticks around so he can use that connection down the road. Immunity is back up for grabs, 3 members of each tribe will swim across to a floating net ring, they will then dive down and maneuver a bundle of post pieces through a cage; once they have all the bundles, the two remaining tribe members will use those pieces to solve a sign post puzzle.

The Hustlers are the first tribe with all 3 bundles and have a huge lead, as the other teams are only on their first bundles still. Heroes come in next and Healers find their last bundle and fall way behind; they all struggle with finding pieces that don’t hit the obstacles. The Healers are the first ones done, leaving it Heroes versus the Hustlers. Heroes are second and Hustlers are off to tribal council.

Back at their camp Simone apologizes saying she wished she was more dominant. It’s clear she isn’t one of the strongest ones there and feels she is an easy vote so she needs to start shaping the narrative in the tribe; hoping she can shape it around Patrick, as many have some pretty strong feelings about him; he is unpredictable and untrustworthy, even though he is strong. Patrick seems to have the same feelings towards Simone and is determined for her to be the first one to go. The tribe seems split between who they should vote off – Simone or Patrick!
The Hustlers (Yawa) tribe head to council, each light their torch and return to their seats, where fire represents light, if the fire if out, so are they. Ryan says this is like a birthday party but Lauren says it’s more like a funeral. Most feel tonight’s vote will show where the team stands, some feel it’s not just about physical, but mental too. Trust is huge and Patrick feels he can trust most of the people there; which has a big reaction from everyone. Patrick attempts to correct what he said.