Tamra Judge Already Moving On From Accusations of Abuse 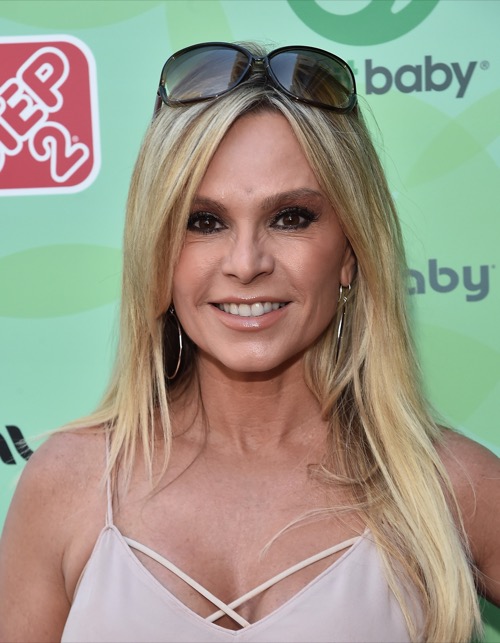 Bravo star Tamra Judge surprised everyone by sneaking away to renew her vows with husband Eddie Judge in Aruba!

Tamra judge has come under the spotlight lately for all the wrong reasons. However, she chose to leave all of that behind and simply enjoy herself with her hunky husband. The two had posted pictures of the renewal on Instagram and Tamra had even captioned one of the two together with the message a love.

“Celebrating love ❤️ with all the hate that’s going on. My God bless your life because it’s not always easy. But God has a plan.. a big plan” But while Tamra’s message appeared to be heartfelt, they are many still wondering about the timing of her little vacy and whether or not she should have shared such a moment with everything else going on. 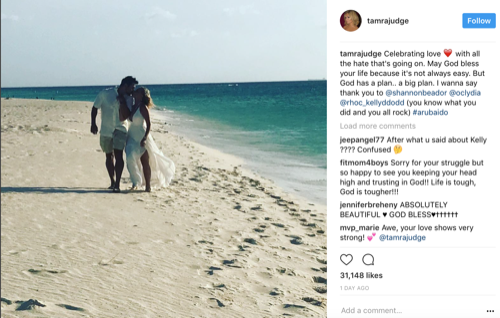 It was not that long ago when Tamra went after former frenemy Gretchen Rossi by accusing the other woman of being a “thirsty wannabe” and an “#obsessedfreak.” But as Tamra explained – “I usually don’t give this troll any attention because it’s exactly what she wants. But after years of her bashing me and now reaching out to my daughter I must say. Gretchen you are the biggest piece of s— I’ve ever met. Move on with your sad empty childless life and stay out of mine you thirsty wannabe” – it seems that her biggest grudge came about once her daughter became involved.

Tamra’s relationship with her daughter has been covered a sore subject for the star. The 49-year-old once broke down on her tv show ‘The Real Housewives of Orange County’ because one of the other women had brought up her daughter and how the young woman hasn’t been speaking to her mother. But Tamra had once said something very moving before this whole ordeal began with Sidney Barney’s Facebook post.

She said “We’re making progress. Every day is a step forward and we’re just really trying to bring the family back together”. So to go from that to her daughter Sidney accusing her of being no mother to her – it seems like they suffered a drastic setback with sadly no one coming out the winner.