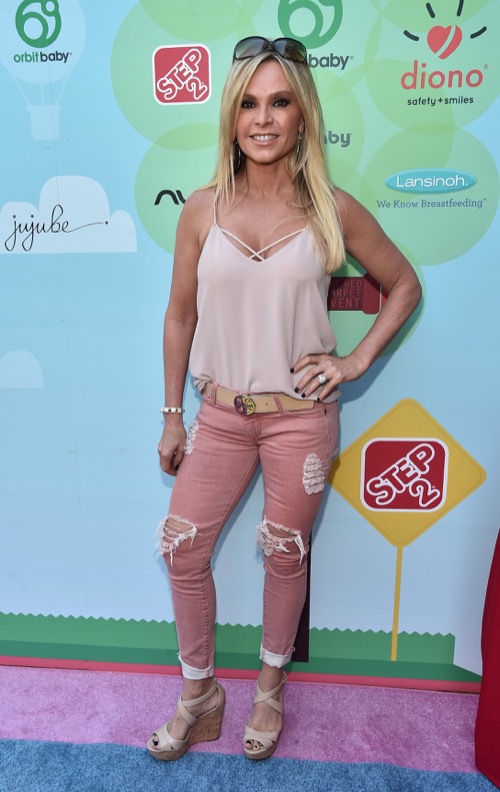 Tamra Judge is addressing the rumors that her husband Eddie Judge is gay. She called out her Real Housewives of Orange County costars on social media following the Monday night episode. The best friend and best man at Tamra Judge’s wedding claims that he saw her husband make out with another man. The conversation took place at Vicki Gunvalson’s birthday party, where the women question Eddie’s sexuality. Some of them addressed the ongoing rumors over his sexual orientation. It’s possible that Eddie could be bisexual, but most think he’s gay.

Kelly Dodd kicked off the conversation. She claimed that she heard the rumors at a gym where Eddie previously worked. Vicki Gunvalson said that her and Tamra Judge’s mutual friend claimed that everyone assumed that Eddie was gay. Lizzie Rovsek also said she heard the rumors about his sexuality as well. Ricky Santana, Tamra Judge’s openly gay BFF, said he saw Eddie make out with another man in front of him.

He insisted that Eddie kissed the mystery man with tongue. Ricky was asked why he didn’t confront Tamra Judge about her husband. He said he assumed that Eddie’s seuxality was something that the couple was into. Then, the women asked Ricky why he was giving them this information. He simply stated, “Because it’s the truth.” Vicki Gunvalson has been trying to repair her broken friendship with Tamra Judge. She told the cameras that she didn’t want to know this new piece of information. But then she admitted that she wanted to know “more.” 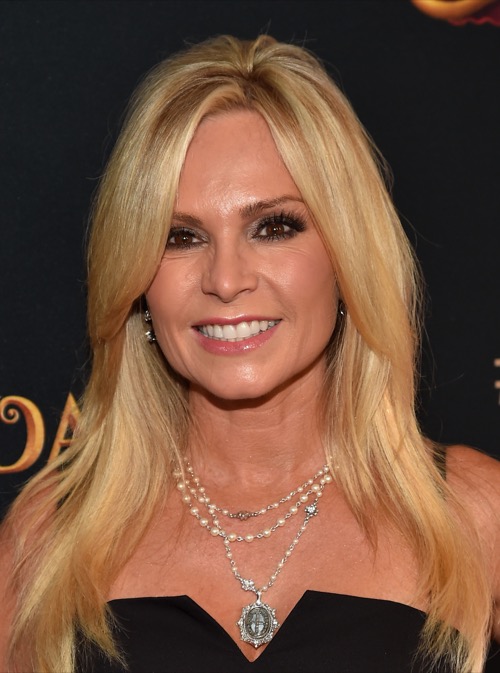 Tamra Judge is fighting back at the claims about her husband. She wants everyone to know that Eddie is not gay. She quickly took to Twitter on Monday night to address the rumors. As soon as the episode aired on the East coast, Tamra Judge took to Instagram and Twitter to address the accusations, reports the Daily Mail. She called her costars “homophobic bullies” and said that it “was the worst acting I’ve ever seen.” She claims that they’re trying to “out a straight man hoping to humiliate him.”

Tamra Judge’s comments worked against her. Fans saw her comments as borderline homophobic. In her rant, she claims Vicki Gunvalson was behind the rumors even though it was Kelly Dodd who started the conversation. She added that she hopes Vicki “loses her job just like Phaedra.” Over on Twitter, Tamra Judge shared a photo of Eddie eating dinner along with the caption “Only gay on Tuesdays,” which only further confused fans since it was still Monday.

Vicki’s incessant gossiping has damaged her efforts to repair her relationship with Tamra Judge. She recently said that she was “shaking” when her frenemy called her out to ask her to have coffee. Tamra expressed that she finally wanted to forgive Vicki for lying about Brooks’ cancer. Vicki even lamented to Lydia McLaughlin that she wants to take the steps to end their feud. But, Vicki will have to cool it if she really wants them to be friends again. What are your thoughts on the rumors about Tamra Judge’s husband? Sound off below in the comments section.